As you make your way to the final boss in Skul: The Hero Slayer, you'll be able to try out the game's many skulls, giving you access to new abilities and upgrade paths. The best skulls are of legendary rarity and all have immense damage and survivability potential. The problem is to gather the materials to improve the lower rarity skulls or to have the chance that the pure legendaries appear.

This guide is all about getting your hands on all the Legendary Skulls in the game and which ones you should focus on if you want the easiest time to kill every hero in your path.

How to Get Legendary Skulls 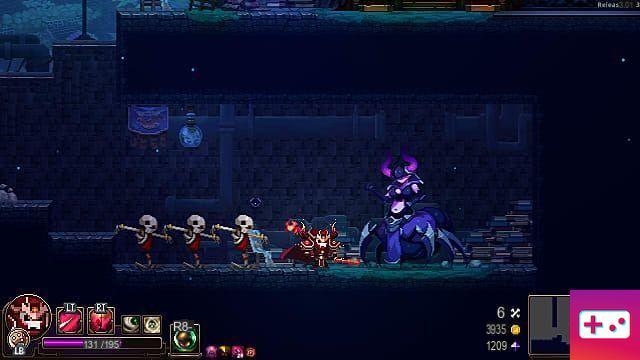 There are two types of legendary skulls: enhancement type and pure type.

The upgrade version is exactly as it sounds: you need to spend Bone Shards to upgrade your skull to max rarity. You can only get pure legendaries from the random bone pile at the end of the Green Skull Gate rooms.

How long it takes to level up to Legendary depends on its rarity when you acquire it. After all, skulls don't just come in Common and Legendary variants. There are also rare and unique versions.

Here is how many Bone Fragments it takes to upgrade these varieties:

Whenever you come across a skull you don't want, you have the option to destroy it for a set number of shards:

You'll know which one will drop based on the visuals of the bone pile.


Common skulls drop from a small, unimpressive mound. The few are larger and lack the helmeted skull of the common pile. Unique skulls come from a large pile of bones with a single standing skeleton. The legendary heads are in a huge pile, with a skeleton crucifix on top.

If you're determined to fully upgrade a common skull, you'll forgo some options in favor of shard farming. As we talked about in our Skul cheats guide, you want to focus on just one type of damage. Magic skulls on a physical damage run, for example, are easy picks for destruction, even though they would otherwise be solid picks.

As difficult as it can be to dismantle a Grim Reaper, it's better to have the shards and ensure the upgrade than to waste your build on having a shiny new legendary that does no damage.

Also, be on the lookout for the Prisoner Harpy Warrior. She has long silver hair with a red and black outfit and drops between 20 and 30 shards if released from captivity. You don't even need to clear the room to acquire the Harpy Shards. Just break his cell and tell him about the easiest upgrade materials in the game.

The best legendary skulls in Skul: The Hero Slayer 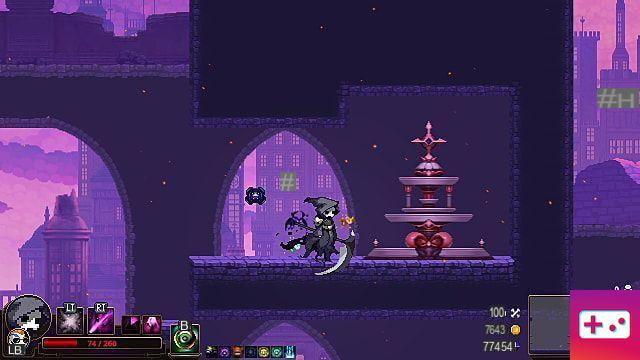 You know what you want your build to be. You are ready to collect the fragments. Your only choice now is which Legendary do you want?

These are the best legendaries in their category for every rarity, regardless of damage type. I base these choices on two main factors: the effectiveness of clearing the room and the damage done by the boss. You'll need both to survive all five worlds and make it to the final encounter with enough health to succeed.

Werewolf starts this list because it has a solid suite of abilities, and if you get the right combination at Legendary, you can obliterate entire rooms in seconds without taking a single hit. The real winner here is the dash attack with up to three uses when fully charged.

If you've taken your physical damage to max, the whole first level, including the boss, is a ride. Even though Werewolf comes with its close-range abilities, it's still a force to be reckoned with due to its speed and raw damage potential.

If there's one ability that puts Rider above the rest, it's Hell Bike. It deals physical damage, but when it comes to clearing entire rooms in seconds, almost every other ability in the game seems ineffective. Some of the unique and legendary powers aren't as immediately effective, even though they're technically safer.

This is because Hell Bike lasts about 10 seconds, sends you across the screen at high speed, knocks back and staggers small enemies, and deals damage to anything it hits. You can come and go from both sides of the bigger halls and have free time.

If you can control the ability, Hell Bike can also deal massive damage to bosses, although dodging attacks is a bit troublesome.

Hell Bike is pretty good on its own, but if you want a good bit of Fire and Forget DPS, pair the bike with Flame Boots, which leaves a trail of magical fire behind for about five seconds. One use of both abilities can melt both phases of the world's first boss. Later worlds take a bit more effort, but bringing Rider to Legendary only makes those two abilities more powerful.

Each unique skull has its perks, and unless you go for a specific build, all of them can be a head turner. That choice fell to Predator and Great Warlock. Still, I ultimately went with Predator because while Great Warlock is technically better at clearing rooms, activating one of his powers leaves you vulnerable.

Predator also puts you at risk, as it's focused on physical damage. However, since you can control how your attacks work, you have more freedom to get out of harm's way. Predator also deals more damage in less time on more attacks, meaning your build can revolve around physical damage and attack-based upgrade items.

Finally, Predator's swap ability affects all enemies on screen, slowing them down and giving you a chance to reposition yourself if necessary. The utility is unquestionably the best in its category.

Surprising no one, Grim Reaper is the top choice of pure legendary skulls. There's no bad ability combo, but if you can combine Harvest with Sentence, you'll have a fullscreen attack and a cleanup attack on the same character. Add in the research orbs spawned by dead enemies and you have some damage to spare.

Grim Reaper's attacks also have a long range. As a Magic user, the damage output is one of the highest you'll find, and several of his abilities, including his swap, leave him invulnerable for a while. You have both the ability to inflict death while having “Get Out of Jail Free” cards up your sleeve.

Plus, Grim Reaper looks cool. Which is always nice.

There are optimal options when it comes to legendary shells, but make no mistake. Get your hands on one and you'll have a good chance of smashing your way into a race. Here's how to get legendary skulls and some of the best variants among types in the game. What are your favorite combos? Let us know in the comments below!