The Ill Met by Moonlight quest in Skyrim has great rewards for players who take the time to complete it, be it the Ring of Hircine or the Daedric Hide Artifact of the Savior. We'll cover how to get either in this guide, as well as an older method of getting and keeping both in a single game that may or may not work on newer editions of Skyrim.

How to complete the Ill Met by Moonlight quest in Skyrim

A meeting with Sinding

In any case, to start the Ill Met by Moonlight quest in Skyrim, simply go to Falkreath Barracks and once inside, enter through the Falkreath Prison gate. To your left you will find a man named Sinding. He tells you that he murdered an innocent child while under the effects of bloodlust.

If you choose to help him, he will give you Hircine's Cursed Ring. This will be automatically equipped and you will have no way to get rid of it until you complete the quest. Its perk causes you to randomly transform into a werewolf if you are already afflicted with lycanthropy. As for Sinding, he transforms into a beast before escaping from prison. 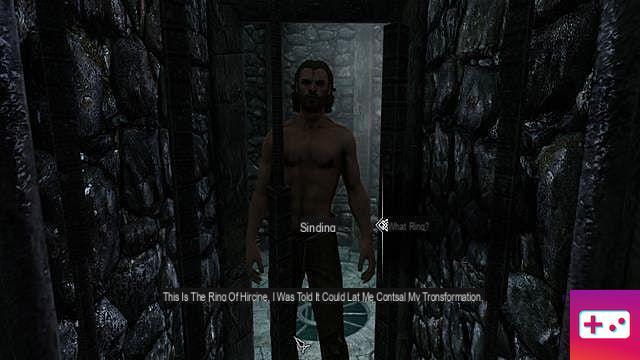 Sinding's last clue before leaving tells you about a white deer, an animal blessed by the Daedra god of hunting. If you follow the quest, you should find her east of Falkreath.

Be warned that he will run away when he spots you and you will have to chase him down. 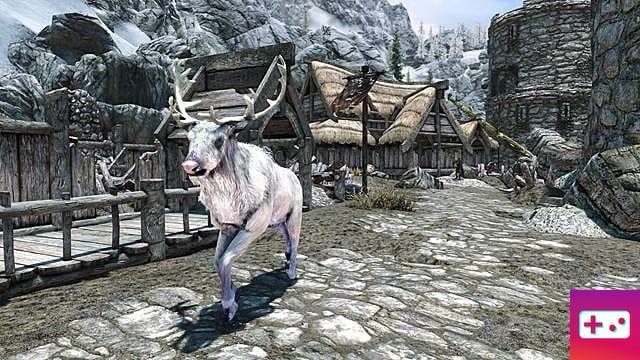 Ideally, you'll want to use powerful bows with your archery skills or level destruction spells. The white deer has a high regeneration, which means that it is imperative to remove it quickly. In our case, he fled to Helgen before getting stuck in a ruined house.

Once the White Stag is killed, the Aspect of Hircine will appear. You will then be asked to hunt Sinding in the Bloated Man Cave. Your answer here won't matter, so just head to the location. 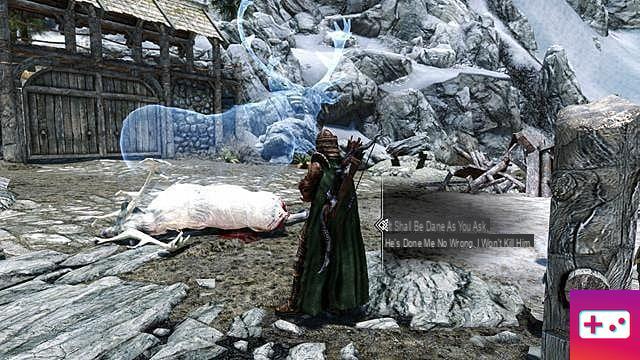 The Hunt for the Bloated Man Cave

Bloated Man's Grotto is north of Falkreath, well beyond the lake. If you haven't explored this area before, our suggestion would be to quickly travel to one of the locations in Whiterun as these may be closer. Inside you will see several dead hunters. One of them is still alive and warns you about Sinding.

Important: There is a unique weapon, the Oathblade of Bolar, found at Talos Sanctuary inside the cavern. The weapon deals 25 stamina damage and causes creatures and people up to level 12 to flee combat for 30 seconds.

However, this weapon can only be obtained if you travel to this location before starting the Ill Met by Moonlight quest. Otherwise, Talos Shrine will be destroyed when you arrive and the weapon will disappear. 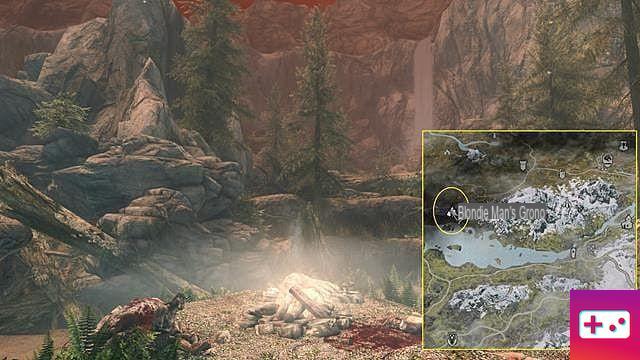 As you approach the cliffside trail, you will see the werewolf Sinding watching over you, with the Blood Moon in the sky as a backdrop. You have two choices:

Kill Sinding: Sinding will flee along the way. He will attack and kill several hunters, but you should be able to pin him down and take him out. When you're done, you can interact with his corpse to skin him. Hircine's Aspect will appear, removing Hircine's Cursed Ring and rewarding you with the Savior Skin. 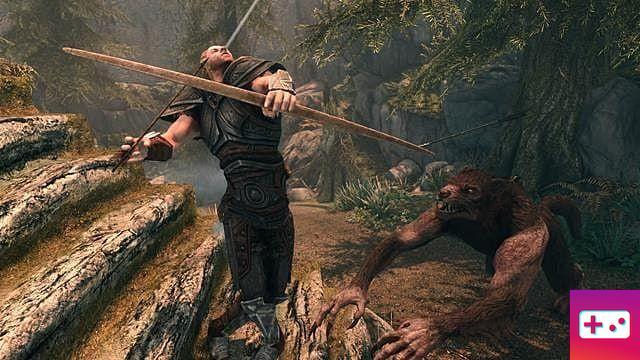 Spare Sinding: Alternatively, you may decide to let Sinding live. He will ally with you and you will have to eliminate the remaining hunters along the trails. Once this is done, you are invited to speak to Sinding, who will make the cave of the swollen man his home to avoid harming the innocent. When you go out, the Hyrcine Look will be there. The Cursed Ring of Hyrcine will be removed and you will receive the true Ring of Hyrcine instead. 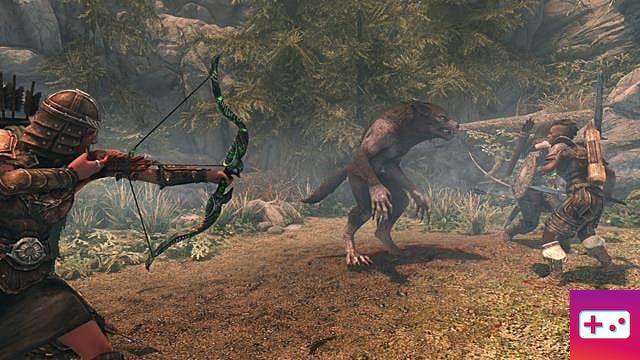 Should I choose the Hyrcinus Ring or the Savior's Skin?

The ring of Hyrcine and the skin of the Savior are both considered daedric artifacts, and one or the other counts for the countdown to the accomplishments of Oblivion Walker in Skyrim. Here are their effects:

Needless to say, the Ring of Hircine sounds a lot cooler. The power of beast form, obtained during The Silver Hand quest for companions, only allows you to transform into a werewolf once per day.

However, the Ring of Hircine can be re-equipped even after the effects wear off. The power can be repeatedly reused as often as you want.

Of course, if you don't plan to become a werewolf, then it's completely pointless and the skin of the Savior becomes more viable. 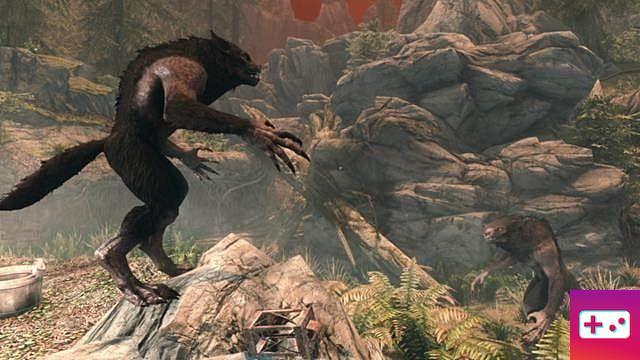 Can you get both the ring of Hyrcine and the skin of the Savior?

Many moons ago (pun intended), there was a glitch that allowed you to get both Hircine's Ring and Savior Skin in Skyrim. Unfortunately, we tried various methods, and none of them seemed to work. Still, you are free to try and see if you can make the issue work in your favor. Here are the steps:

That's it for our guide to Ill Met by Moonlight. If this is helpful to you, check out some of our other Skyrim guides here on GameSkinny.