The military first-person shooter genre is easily one of the most saturated in gaming. There are several annualized franchises, and there's no shortage of new shooter titles every year. All of this may start to seem a bit too much.

Enter Sniper Ghost Warrior Contracts 2 (SGWC2), itself the fifth entry in the Sniper Ghost Warrior franchise. Where other titles seem content to dip their toes into the depths of what military shooters can be, SGWC2 screams "Cannonball" as it launches, delivering one of the most fun and engaging experiences ever. 'year.

With polished gameplay and mechanics that play out like a collection of the greatest hits from the previous generation's top shooters, SGWC2 is aiming for something big. But can he do it?

SGWC2 puts you in the role of Raven, a lone sniper loose in a fictional nation in the Middle East. You are tasked with assassinating, sabotaging, and freeing various targets to prevent a war that could destabilize the region, which could bring the world to the brink of economic ruin. It's a competent, if simple, setup enhanced by quality voice acting and a faceless protagonist who seems like the baddest man on the battlefield.

SGWC2 is often compared to the Sniper Elite series, and for good reason. Both are built around sniper mechanics and reward perfect shots with slow-motion bullet cameras that highlight target damage. What separates the two, besides Sniper Elite presented in third person and set in World War II, is the variety of content available in SGWC2 and more in-depth sniping mechanics.

Levels come in two varieties. Classic maps drop you into large overworlds, with your objectives located in smaller open sandboxes. These smaller areas are all connected via branching linear pathways, very similar to those found in Metal Gear Solid 5.


You travel from area to area to achieve your goals in a way that suits you. You can assassinate someone with your knife in one section, sabotage radio jammers in another, then shoot a bounty target and a rival sniper you've encountered as you move on to the next area.

The best way to achieve each goal is left up to you. Do you have the skills to silently eliminate all guards in a remote base? Or do you prefer to get up close, using an arsenal of gadgets and advanced mask technology to sneak around the base undetected? 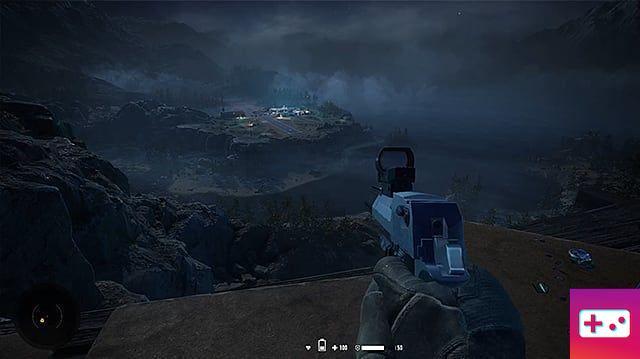 Long Shot cards are new and highlight how difficult sniping can be. These maps tend to be smaller overall, and in each case you have to sneak up to a perch overlooking some sort of facility a mile or more away. Assassinating targets at this distance is much more difficult; large caliber shells take several seconds to reach their targets after being fired and are under the considerable influence of wind and gravity.

Long Shot cards are more like a long and deadly game of chess. Most of your time is spent exploring areas, identifying targets, taking out counter snipers, and planning when and where to fire. There are electrical panels, explosive barrels, and various other environmental targets that can be influenced by a well-placed shot, and a good auto-save system gives the player plenty of opportunities for experimentation.

Moving targets are extremely difficult to hit at this distance, so these areas become sniper puzzles, as you look for ways to make the target still and in the open. Sometimes that means shooting big machines for your target to inspect a malfunction or having the patience to wait for two targets to meet, allowing you to take them both out with one well-lined shot.


It's hard to overstate how satisfying it is to carefully plan a shot, calibrate your weapon, and watch the camera track the bullet into your target from 1 yards away.

Shit, it feels good to be a sniper 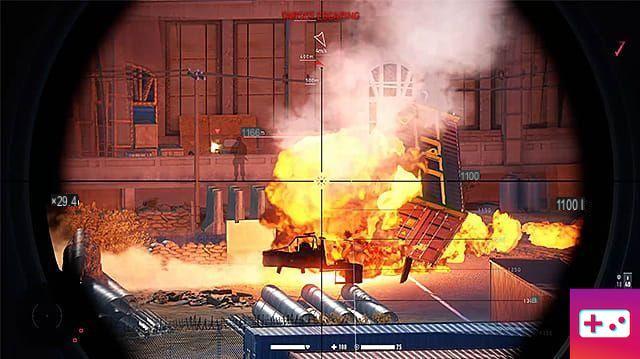 All Ghost Warrior Contracts 2 Sniper weapons feel good. The gunplay is finely tuned and Raven moves with an excellent combination of agility and weight. Multiple ammo types allow you to further customize your loadout for upcoming missions, and bullets land with a visceral quality.

Some of the slow-motion kills lean into the blood, but with a cartoonish enough quality that it doesn't feel exploitative. Gore can be declined in the menus, which is appreciated.

Completing the goals rewards you in several ways. The money can be used to purchase materials. This includes suppressors, optics, and larger magazines for firearms. It also lets you bring a sniper turret with you into battle, allowing you to tag enemies and gun them out on your cue. This is perfect when multiple enemies are grouped together and you want them all to fall at once. Other equipment includes a manned drone to help mark targets and various explosive items.

Objectives also reward you with tokens, letting you enjoy a solid upgrade tree. This is your chance to further tailor the game to your playstyle. Upgrades can improve your stealth and knife skills, allowing you to run silently and chain up melee kills like an Ezio of the modern times. Or you can put a dart gun on your drone, increase the effectiveness of your sniper turret, or upgrade your armor to avoid more damage. 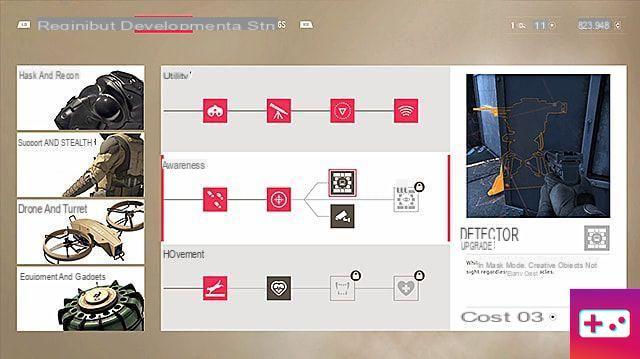 Levels also have significant replayability in the form of challenges. This mechanic feels straight out of the modern Hitman trilogy. You can return to previously cleared targets and earn extra tokens and money by completing tasks in specific ways.

Maybe this time you kill your target after silently eliminating all the targets in the base. Or you lure them next to explosive barrels to dispatch them in style. Or, maybe this time you give them a chance to get into their getaway vehicle, then shoot the hook holding a shipping container hanging from a crane directly above them. 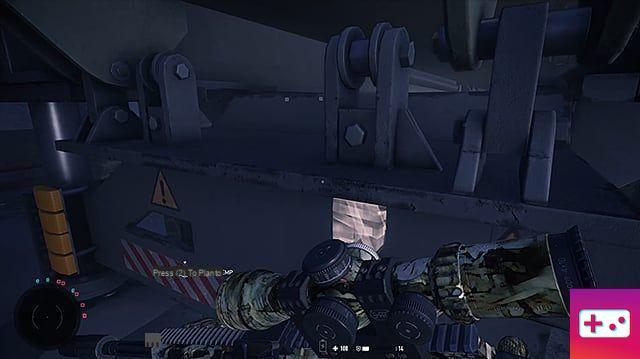 Sniper Ghost Warrior Contracts 2 is experiencing some traffic jams, however. The Xbox Series X version runs at 4K 30FPS, which is very noticeable now that so many current-gen games run at 60FPS. Since the PS5 version was delayed, we couldn't test performance there, although CI Games said it also ran at 4K 30FPS. Of course, some PCs will be able to surpass this depending on the version.

It should be noted, however, that a post-launch fix has been added to 2K 60fps modes for the XSX and PS5 versions of the game, so there are options, albeit somewhat limited, to hit that 60fps threshold.

There are a few technical issues here and there worth mentioning. I got stuck several times on scalable terrain and had to load previous saves. The escalation and descent mechanics are very hit or miss when it comes to showing the button prompt to complete these actions.

Overall, SGWC2's reach often errs on the side of modesty. The deck itself isn't too big, just half a dozen cards in total. The world is moderately interactive and detailed, but not in a way that elevates the experience. The story behind it all is forgettable if understated. And as compelling as the upgrade system is, trees can all be completed fairly quickly.

What makes this Sniper Ghost Warrior Contracts 2 frustrating is that the game is so good. Almost every aspect of SGWC2 ranges from fairly good to extremely good, with the sniper action itself bordering on amazing.

Yet despite this widespread success, I can't help but wonder what might have been. A little more ambition, another coat of polish, an iconic narrative – really nothing more. This game sits firmly between the good and the great, but doesn't take the leap.

Sniper Ghost Warrior Contract 2 is so much fun to play. The action is dynamic, the levels are well designed, and the progression system is compelling. It's a really good game, built on a solid execution of good ideas.

It's separated from games like Hitman and Metal Gear Solid 5 by more modest ambition and lackluster polish, but should top the list for fans of those franchises as the next best thing.