Story of Seasons: Pioneers of Olive Town Review - It's Called POOT for a Reason

Story of Seasons: Pioneers of Olive Town received the benefit of the doubt in my preview. Sure, it was tricky in spots, and the crafting system was a big grind when I first started using it. It was promising, though – or so I thought.

Fast forward several seasons, and the game delivers on only the worst of its promises. It's lifeless, boring, utterly devoid of character and what you'd expect from someone who has no idea of ​​fun, who saw fans enjoying Harvest Moon/Story of Seasons and decided to make a housework game.

Story of Seasons: Pioneers of Olive Town Review - It's Called POOT for a Reason 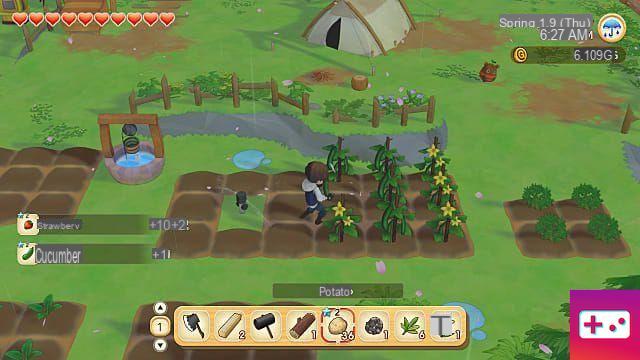 The big draw of Pioneers of Olive Town is supposed to be the revamping of Olive Town, transforming it from a sleepy market town into a bustling tourist attraction. That's what Mayor Victor says shortly after you arrive, at least, when he urges you to become Olive Town's unofficial tourism manager and promoter.

It's not true. Tourist tasks consist of random tasks that Victor works his way through at an even more random pace, though the "tasks" can be quite generous. You have about three requests on the town's request board, all asking for fairly basic materials.

However, you only need to complete one request, which reduces any sense of accomplishment and makes you wonder why the mayor needed your help anyway. Apparently, the people of Olive Town are selectively able to take on basic tasks and motivate themselves when someone else does the job first.

How Victor was elected mayor is beyond me. I'm sorry to inform, but the paving of city streets and the addition of new streetlights is maintenance work and not innovative planning guaranteed to turn Olive Town into a tourist utopia.


Or maybe it is. My notebook said that Olive Town was pushing 60 tourists a day just in the first summer. "The Invisible Tourists" would be more accurate since I've only ever seen three or four random NPCs wandering around at any given time. 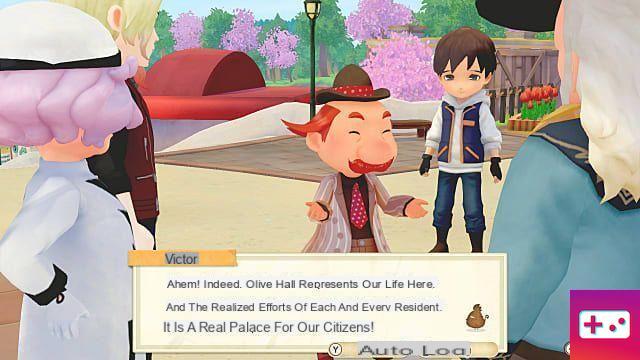 Again, internal logic is not one of PoOT's strengths. I haven't been capable enough in animal care to buy a pregnancy kit for a while, but at an early event with Bridget, the pet store co-owner, she congratulated me on recognizing that his cow was pregnant.

If you're eager to customize the city or have a significant effect on its development, don't be. This is just one of many half-developed PoOT ideas, mired in poor execution.

The other big draw – and equally big flop – is your farm. PoOT drops you off into nature, and you're supposed to build your farm from scratch and tame nature in the process. That means doing everything you normally do in Story of Seasons, but with more grind and a lot less satisfaction.

Taming nature means gathering large numbers of certain materials to build a bridge or clear rubble. Why the carpenter needs 30 silver bars to move a pile of rocks is puzzling, but it opens up new farmland and resources to hoard. Each section of the forest conveniently houses a run-down farm building and an animal for that building. Generate enough resources, build your barn and “tame” the wild animal by petting it.

Early on, you come across wild crops that you can ship to unlock their seeds at the local store. It's a good idea that doesn't last beyond your first few weeks.


And that's all the pioneering city of Olive has to offer. When you don't care about your crops or your animals, you're chopping down trees or spending 12 or more hours in the mines, desperately trying to farm enough ore or lumber for the next upgrade you want. 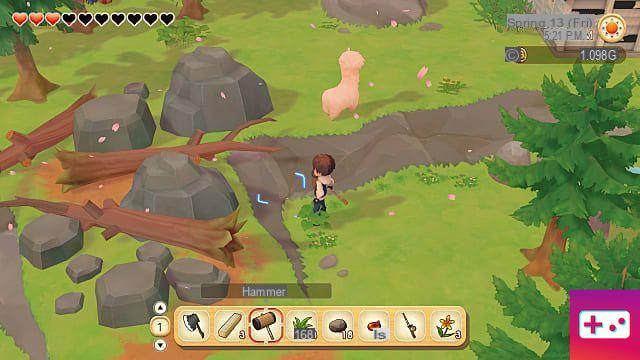 Pioneers of Olive Town has one of the most brutal crafting systems I've seen. Important items require funneling stacks of materials - which don't flow abundantly to begin with - into crafting machines. Several in-game hours later, your five silver ores turn into a silver ingot. A. You need more than 30 or more projects for some important projects, and these are just basic projects.

The same goes for lumber, bricks, and basically anything you need for farm work or expanding your home. Your reward for all of this is unlocking more projects that require more and rarer materials that take even longer to process.

The goal could have been the implementation of Stardew Valley mechanics in Story of Seasons. If so, Marvelous forgot to focus on why it works in this game.

Wonderful changes promised to the manufacturer's system, among other things, although these are supposed to arrive after launch. While the crafting system is a significant problem, solving it will only further expose the pioneers of Olive Town's greatest weakness: Nothing is worthwhile. 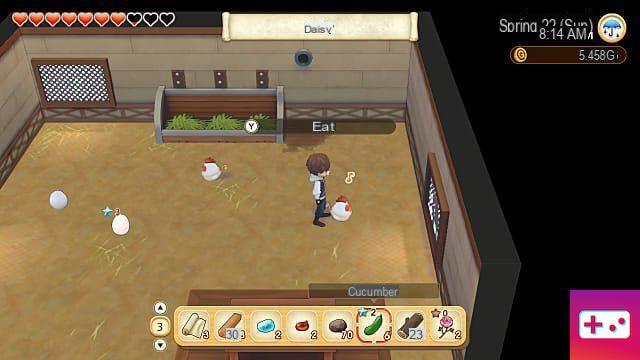 You can already get sprinklers in your first season without spending a single gold coin, so working on the farm takes almost no time anyway. "But with more free time, surely you could chat with the locals?" I hear you ask. You could, but why would you?


Writing this about a Story of Seasons game seems slightly surreal, but Olive Town is home to the most bland cast I've seen in recent memory. They tick all the boxes, of course. There's exactly one black character, one Asian family (where the child takes care of the older parent, naturally), and one Latin family with the obligatory handful of Spanish words thrown in for good measure. This is a reference diversity, not an actual representation.

There's also no sense of community, even though everyone says they want the city to improve. No one talks about his job or what he likes. They don't have a past, don't interact with their families, and certainly don't talk to each other. If you walk into a group that seems to be talking to each other, they split up and only talk to you about how much they enjoyed the pet derby or how beautiful the new benches were.

This isn't a knock on the XSeed localization team either. There's a patch coming later that adds more variety to the writing, but it can't go further in fixing the foundation. The system seems fundamentally broken. These characters exist to fill a void and serve no other purpose.

Giving gifts over a long period only proved this suspicion. Everyone likes everything, even items that certain characters shouldn't like. A rock or a fish equals a diamond to some. Affection increases the same no matter what, making friendship and romance - two of the show's strengths - feel empty and unnecessary. It's a job to do, and that's it. 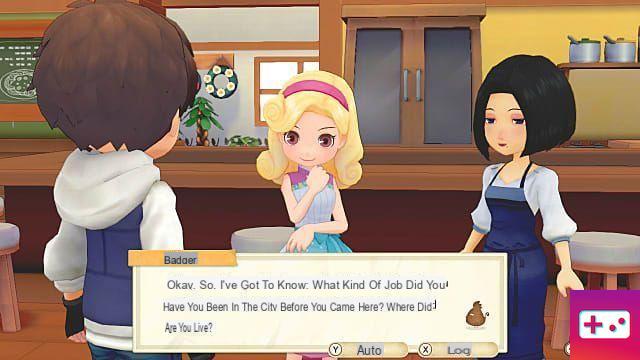 The lack of attention to detail manifests itself in countless other small ways as well. Although they greet you daily and receive gifts, the characters act as if they just met you for the first time during their initial heart events. And you're supposed to build fences to keep your animals inside, but they never stray more than five squares or so from the barn or coop anyway and even get up at night.

Customization is supposed to be a thing too, but aside from the annoying object border issue, you have trees, rocks, and grass constantly respawning. I get the idea is to give you resources, but spending half your stamina clearing them every day isn't fair trade.

What makes this more problematic is how it should work. Stardew Valley and other Harvest Moon/SoS games spawn rocks, grass to grow, and other trees to regrow at reasonable rates. Pioneers in Olive Town triple the amount of respawning items and double the fare, perhaps because they know you need what they're asking for with the crafting machines so badly. It's not a good thing when a game recognizes that one of its central loops has a problem, so it adds another problem to try to balance it.

Then there are the other issues. Pioneers of Olive Town is not a graphically intense game. The character models aren't that detailed and only have two or three poses to start with. Still, the game struggles to render buildings and even trees, especially on your farm. It turns into a slideshow when you're in the first area of ​​the farm and freezes like it's about to crash when there are too many objects around. This is also after three patches. Barring a last-minute update, this will still be a problem at launch, although the horrible loading times have been slightly improved.

History of Seasons: A Review of Olive City Pioneers – The Bottom Line 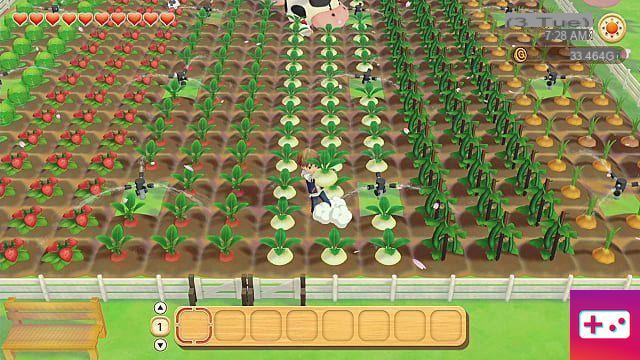 Pioneers of Olive Town is a new Story of Seasons game in name only. The series' charm, variety of activities, and sense of warmth and personality, among other things, disappeared like a *poot* in the wind. We're left with caricatures and a game that shows only the faintest hint of recognition of what makes for a fun gameplay loop.

It's not what you'd expect from a seasoned developer who pioneered the genre, whether it was the director's first SoS game or not. Future patches might improve some of PoOT's rougher edges, but if you're looking for a good farming simulation game on Nintendo Switch, you better play Friends of Mineral Town remake.

[Note: XSeed provided the copy of Story of Seasons: Pioneers of Olive Town used for this review.]

add a comment of Story of Seasons: Pioneers of Olive Town Review - It's Called POOT for a Reason