Launching a farming sim on Nintendo Switch in 2020 must be a daunting task. It's hard to keep up with the indomitable act that is Animal Crossing, but if you try it helps to do something your way. This is the promise of summer in Mara.

It's a cute farming sim on the surface, but it does some decidedly different things from its best-selling counterpart, like focusing on a scripted story.

What makes the game unique is what could possibly make it interesting for even the most committed Animal Crossing islanders. But in its current form, Summer in Mara doesn't justify vacation time for several reasons. 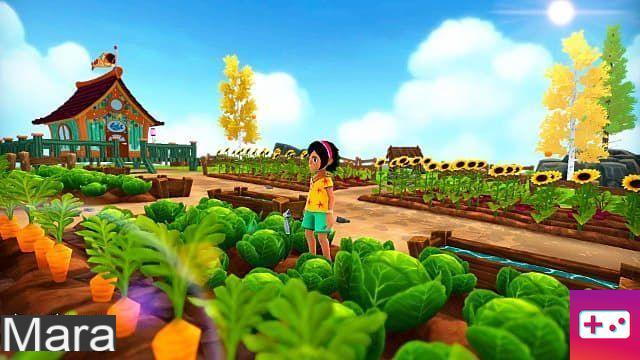 Summer in Mara can be classified as a farming simulation, but it is not as intensive as others in the genre. You'll spend a lot more time running around on quests for other villagers than plowing the ground and planting crops. They are part of Mara, but after the tutorial they disappear into the background.

As Koa, players learn the staples of the genre. Things like crafting recipes, planting seeds, and mining ore are all on the to-do list, and while performing these tasks is straightforward, the user interface is often clunky and clunky. intuitive, leading to frequently faulty button presses. It takes some getting used to and can probably slow you down for a while, even when making something simple like the first orange juice recipe.

Once Koa and the player stop these mechanics, the world opens up beyond its small starting island. Soon you'll meet plenty of fantasy characters, most of them appearing as alien-sea creature hybrids that give the game a welcome sense of unfamiliarity.

Unfortunately, these characters elicit little feeling beyond reaction to their exterior design. It's also strange that the characters never move from their locations. Everyone except Koa stands in place, waiting for you to speak to them. It's weird, perpetuated by an overall lack of sound design that leaves Mara feeling ghostly.

The game squanders what could have been an atmospheric quality, instead I feel lonely, despite the characters otherwise trying to seem so friendly. 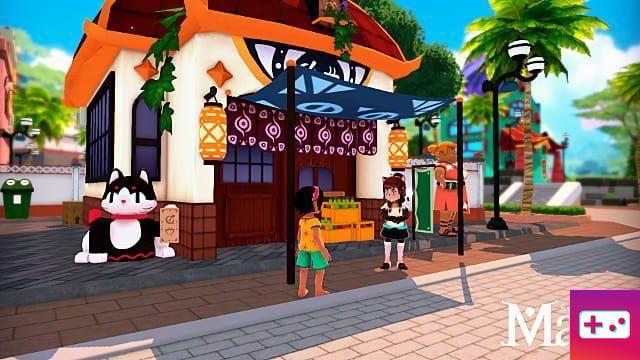 Some dialogue just doesn't calculate either. I don't mind the lack of voice acting, but the game's dialogue often seems off. Very early on, your grandmother teaches you how their world is made up of symbiosis. If Koa is to take soil, she must give back. Cut a tree, plant a new one.

Now, that math doesn't really make the world a better place. Plus, it just fills in a hole you dug yourself, but I was on board with the eco-friendly attempt anyway. But within an hour of the tutorial, I was asked to challenge this message regularly.

Before you can leave the starting island, you will have to cut down many trees, plant crops only to feed yourself. The game never says anything about the fishing you do.

Of course, virtually all farm sims refuse to inspect the inherent issues of fishing (like overfishing, or just plain stabbing animals in the face), but Summer in Mara told me it would be different, than that. would care. But then it's just... no.

Although I've forgiven it for the mixed and lifeless world of messaging, the problems don't end there. One of the best attributes of Summer in Mara comes out immediately. With Ghibli-like animated cutscenes, Mara's world is hopeful and beautiful, but when the cutscenes end, the world isn't quite as beautiful. As can often be the case with Switch games, some of what's missing in visual fidelity lurks in handheld mode, but even there a haze leaves blemishes on its colorful world. 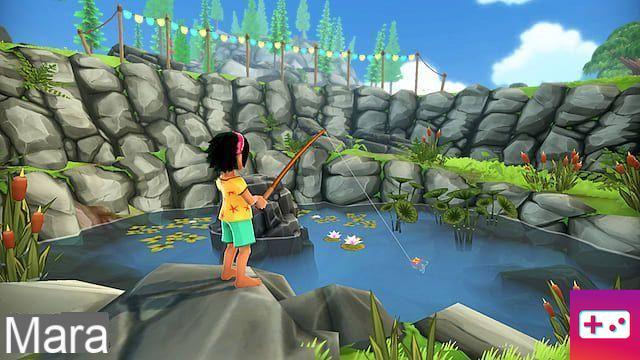 Quests are regularly boring because there is no guide arrow. Many times a quest invites you to visit a place you've never heard of or meet characters it doesn't take you to. This translates to frantic exploration until you find the little marker above the right person, or approach the appropriate landmark to finally find the interaction option you need.

There's also a lightweight survival system that seems implemented almost randomly. If Koa doesn't eat, she passes out and wakes up at home with some stamina – but not much. However, it's pretty easy to stay fed, so there's really no reason for this mechanic. It just becomes a life bar that you have to engage with every few minutes or its place in the world is briefly reset.

The more linear focus on story is a welcome step away from the genre's generally loose structure, but Summer in Mara never capitalizes on any of that for those reasons. It is regularly a chore to advance the plot.

Unfortunately, while it delivered a more enjoyable story, it's also hampered by bugs. In my time with the game, I often got stuck on the geometry, UI options didn't go away, requiring me to restart the game. While I luckily avoided the same fate, I heard from another reporter that they need to make the studio reset all of their saved game data.

Indeed, the game did not allow the player to improvise how he approached the quest log. After doing things in a slightly different order, they hit a game-breaking bug, and the game apparently doesn't let you create a new save. It's the kind of thing that would be inexcusable with an otherwise great game, but Summer in Mara is far from great. 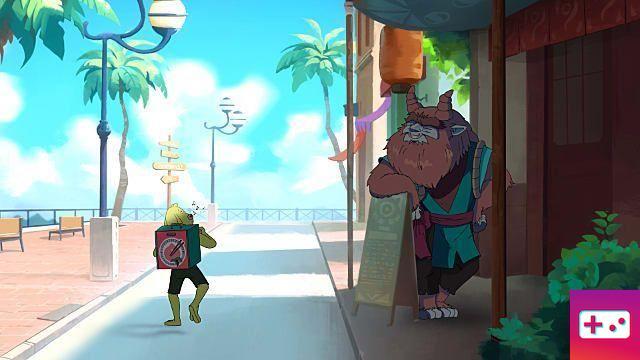 A patchwork could solve many of Summer in Mara's problems. Not only bugs, but issues like poor UI design could also be fixed, making Summer in Mara a better, but still flawed game. I hope he gets that attention. Beyond Studio Ghibli-style cutscenes and some peaceful genre-bending music, there are no redeeming qualities today.

This genre is the security blanket of video games. Fans come back to it for its soothing progress bars, friendly neighbors, and accessible mechanics. A game like this shouldn't cause frustration above all else, but that's how I spent my summer in Mara.

(Note: A copy of Summer in Mara was provided by Chibig for the purposes of this review.)

add a comment of Summer in Mara Review: Summer Sadness