Meat Boy first appeared as a flash game before getting the life-size Super Meat Boy treatment in 2010. The charming and extremely difficult platformer was a major darling of the rise of platformers independent at that time and, although it contained hundreds of levels, had people clamoring for a sequel.

Ten years later, we finally have a sequel with Super Meat Boy Forever. But it might not be quite what you expect.

Super Meat Boy Forever still has the same charm and still rewards lightning-fast reflexes, but it's quite a departure from the original. It's no surprise to learn that SMBF was originally a mobile title, as the control scheme and mechanics point to that origin. It's still a solid game, but fans of the original will likely be disappointed with some of the development choices on offer here. 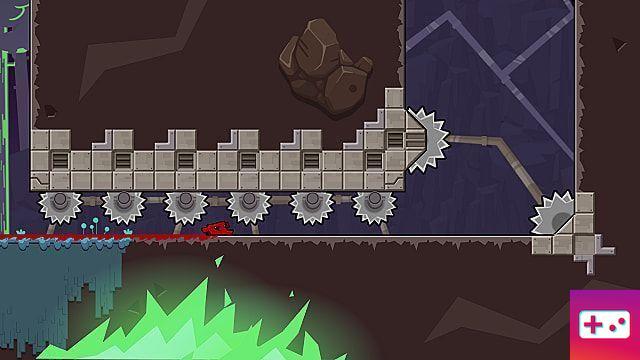 When you look at screenshots or first jump into the game, Super Meat Boy Forever looks more like the same. Cute little cutscenes play at the start and end of each world: Meat Boy and Bandage Girl now have a child named Nugget, who is kidnapped by Dr. Fetus.

You take control of either main character (and many other characters by unlocking certain achievements or obtaining optional objectives), running and jumping through insidious platforming levels full of traps and obstacles. pitfalls.

It even looks like what you would expect. SMBF's soundtrack is absolutely amazing, with fun, catchy tunes through every world and a perfect sense of timing for knowing when to crank things up to eleven and unleash some serious guitar bits.

SMBF is sleek and stylish, and it will almost certainly put a smile on your face. The little homages to games of yore, the goofy cutscenes (including the return of Dr. Fetus' love interest to knock you down), the clever animations - this is a game that's almost guaranteed to make you happy, even if it kills you dozens of times in a row.


The formula starts to change a bit when you reach the actual mechanics of Super Meat Boy Forever. Right away you'll notice that you don't have complete control over your character; they automatically run forward. This turns the game into less of a platformer and more of a puzzler. You'll still need quick reflexes and even quicker fingers once you get the hang of it, but longer levels and this new playstyle mean you're unlikely to have many levels where you'll be running around without die on the first try. 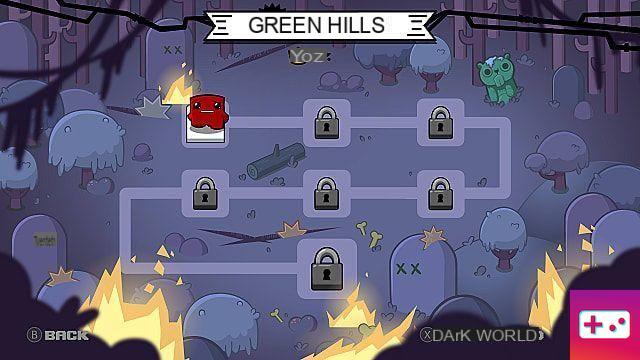 Learning to delay your character to avoid timing traps and adapting your style to bonuses (like floors that reverse gravity or a pickup that drops a block you can use to strengthen yourself) are the keys to success here.

One thing that SMBF does really well is introduce each new hiccup in a really solid way. The early levels, as expected, teach you the basics of punching, sliding, changing direction, and more.

Almost every level throughout the game adds a new mechanic or wrinkle to adapt to, and they do a pretty good job of placing it intuitively so you know just how it works. It's especially fun as you reach later levels and bosses, which will combine previous mechanics in interesting ways and reward you for putting them all together.

Super Meat Boy Forever also features dynamic difficulty, which is a bit difficult to see in action as you play. The idea is that there are variations for each level, and the game lays them out in front of you based on your performance so far.

This plays into the biggest problem with Super Meat Boy Forever. It's just...disappointing. It's a small development team, it's been through crunches, start-ups, and delays, but this kind of review is to be expected when making a sequel to a beloved game.

Super Meat Boy has had some amazing post-game releases, with tons of new levels adding sneaky new tricks to things. There is no way of knowing if SMBF will follow. But the lower level count and streamlined mechanics are a bit bittersweet.

Each world has six levels and a boss, plus "dark world" variations if you beat the arrival time target for each. SMB had twenty levels per world and one boss, plus the dark world variations. The challenging nature of the game is still there, but it's different this time around. Forever tends to kill you more with unseen dangers - since you can't stop to assess things, you'll often just jump off an edge or into spikes without realizing what's coming.

This plays into an even more problematic aspect: intentionally doing the wrong thing.

In later levels, I found myself rotating my character at times, or using a bonus in a weird way, just because I thought "There's no way a late level like this make something so simple." It disrupted the flow and the sense of mastery, simply because I was trying to use my skills and habits that I learned in previous level design to try and predict what was to come. 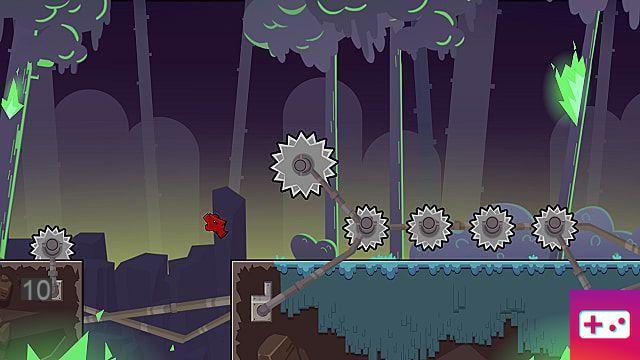 Super Meat Boy Forever's simplified controls also caused issues. Most of the time, things are incredibly tight and responsive with jumps, slides, and other moves. Once you've decided to continue, you can usually tell that it's user error that's holding you back.

This changes with a few things, especially in boss fights. Some elements change a bit here, and the timing and rules for these moves aren't very intuitive. Punches and slides work a little differently when trying to beat the bosses you encounter, and I found myself dying a lot more than I thought due to these changes.

In a game that focuses on split-second timing and muscle memory, these changes to mechanics have made some of the big show boss battles more of a chore than they should have been.

That said, Super Meat Boy Forever has a lot to offer platform fans. It's still challenging, it's still lovely, and it's different enough that it doesn't feel like it should have been added to the original. 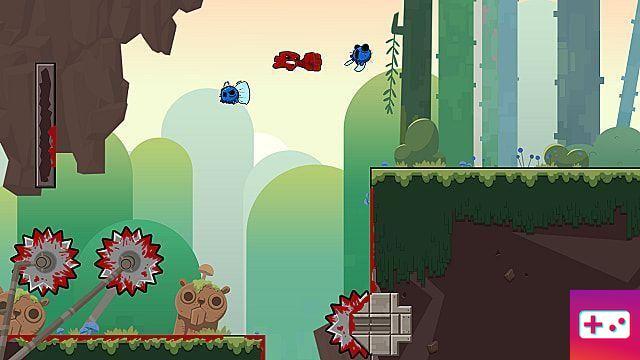 It takes guts to win a beloved title and change the core mechanics as much as Super Meat Boy Forever does. Unfortunately, these changes do not improve it. Maybe in time SMBF will unleash its true potential, but it's an inferior sequel at this point.

You'll still get a lot of enjoyment out of it, even if you're a die-hard fan of the 2010 title. Don't expect SMBF to be exactly like its predecessor, just more. It's radically different and, generally, not as good.

(A copy of Super Meat Boy Forever was provided by the publisher for the purposes of this review.)