If you like to put small animals and humans in plastic balls and send them over ledges at high speed, Super Monkey Ball Banana Mania is a dream game. If you're pretty much anyone else and have never imagined doing such a thing, well, you should start imagining because Banana Mania is so much fun.

Banana Mania is all that's good about Monkey Ball and, aside from a few minor bumps along the way, proves the classic franchise is just as mature now after nearly two decades.

It's essentially a 'best of' collection, and there's even a sneaky nod to those of us who prefer chaos (eg me) and miss Banana Blitz's jump feature. You can unlock this with points earned by playing through story mode and other challenges.

The scenes themselves are a great reminder of why many remember the early games in the franchise so fondly. Banana Mania begins with a deceptively simple difficulty curve. You'll spend four or five stages gently rolling forward, picking up bananas, and feeling smart not to fall off the sides of some extremely narrow paths. 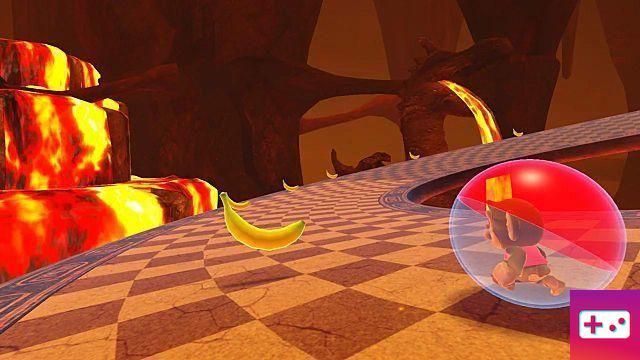 The second world throws your comfort out the window and crosses it with a bus. One of the first stages is 'Gravity', a downhill grade that gets narrower and narrower until you're hurtling down the razor's edge at 300 km/h, praying to the divine banana, if there's a such a thing, prevents you from bouncing back. the goal.


From that point on, Banana Mania grows ever more complex and outrageous, from stages with floors that split into rotating ribbons to fatal slides that shoot you into oblivion if you're not careful. In short, disasters will occur.

That's part of the fun, though, and Banana Mania never feels unfair. The physics engine means your failures are often quite hilarious anyway, like a stage in world three where a stone literally hammers you through the ground in an automatic "Fallout".

All of this is wrapped up in a free-form story mode, where our heroic monkeys watch a comic book-style cartoon of themselves as they take on the infamous Dr. Badboon. "Loose" is key here as there is very little connection between the story and the puzzles, which is a shame as it's quite adorable.

Of course, not all puzzles are winners. Some rely too heavily on an outdated mechanic where you spawn on a switch that speeds up obstacles and have to back up to hit a slow down switch.

Some backgrounds also look a little too dated. Future Monkey Ball games would benefit from taking a Tetris Effect approach and setting its devious puzzles in more dynamic settings. 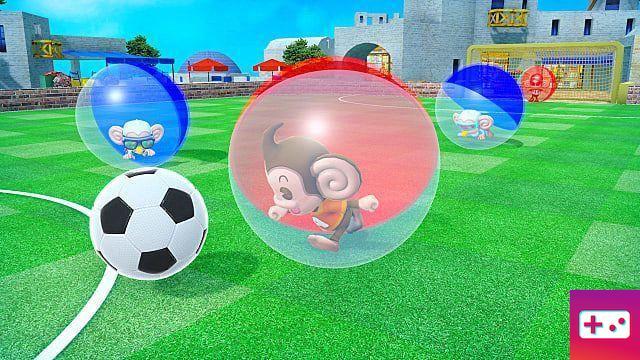 There are also a host of challenges for each stage, ranging from finishing with a certain number of bananas to achieving the hardest objective on stages with multiple objectives.

The best part of it all isn't being the monkeys themselves. Banana Mania includes several additional characters, such as Sonic the Hedgehog and Kazuma Kiryu from the Yakuza games, which you can unlock with points earned in story and challenge modes.


Their selection even rearranges the collectibles and sound effects at each stage. It might seem like a small touch, but I really can't overstate the sheer joy of running through volcanic puzzles and picking up Staminum drinks as a tiny Kiryu in a plastic ball.

So it's a shame that some characters - Morgana from Persona 5, for example - are exclusively paid DLC characters. There's really no reason for it other than to make some extra profit, although I would have gladly paid extra for the game if that meant it included every character available.


These are all minor complaints, though another significant issue is Banana Mania's approach to accessibility – meaning there is none. Each stage has an "Assist Mode" which doubles your available time and slows everything down. However, there's nothing to help with motion sensitivity, and the assist mode often makes movement more difficult as it also slows you down. 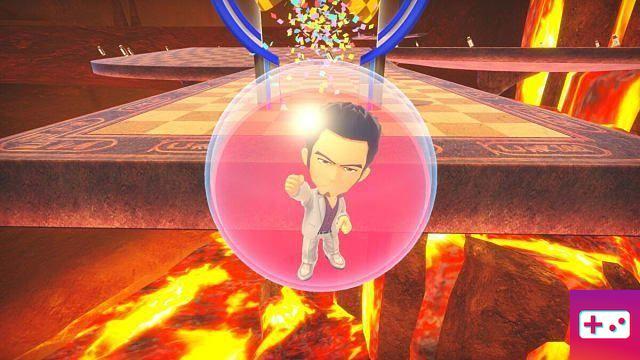 Super Monkey Ball Banana Mania is almost exactly what I want from a collection of series classics. Familiar board games and mind-bending puzzles are still fun, and Banana Mania adds just enough new elements with characters and challenge modes to keep things fresh.

However, any future Monkey Ball games need to take a broader look at how to make this fun accessible to more people.