A few weeks ago I asked people on Twitter about Wes Anderson because I wondered what they thought of the quirky director. Most respondents expressed positive opinions, but what I did not say at the time was that the survey was intended to inform this review.

The Artful Escape looks a lot like a Wes Anderson movie. His characters speak with a strangeness which, for them, is only sincere. The jokes are dry and sometimes a bit intellectual. Everyone is dressed as if they were enrolled in prep school.

But this space rock-infused coming-of-age story doesn't just seek to play off the director's signature style. It takes all of those quirks and throws them through a nebula of gorgeous colors, characters, and hearts, coming out the other side with something new and memorable in its own right.

Francis Vendetti lives in Calypso, Colorado, a quiet town with perhaps only one notable feature: it was home to late folk-rock hero, Johnson Vendetti, a character who is clearly meant to look and sound like Bob Dylan. Francis is backed by the city as the second coming of their local legend, but the youngster isn't so sure.

Although musically gifted like his uncle, Francis is on the verge of collapsing under the pressure put on him by family, friends and even strangers. The posters for his first concert feature a photo of his uncle, who is dead, more prominently than Francis, who is the show's headliner.

For Francis, the expectations are monumental, and so on the eve of his big show, Francis turns around until he finds his subconscious drifting into a trippy sci-fi world full of rocking aliens, adoring fans and the freedom for every young person to become what they want to be, not what they were told to be.


While the game's almost papercraft visual style is immediately brilliant, it's when Francis' mind travels to this alien world that it becomes truly breathtaking. The Artful Escape is one of the most visually striking games I've ever played – certainly earning the superlative in the category for 2021 at least. 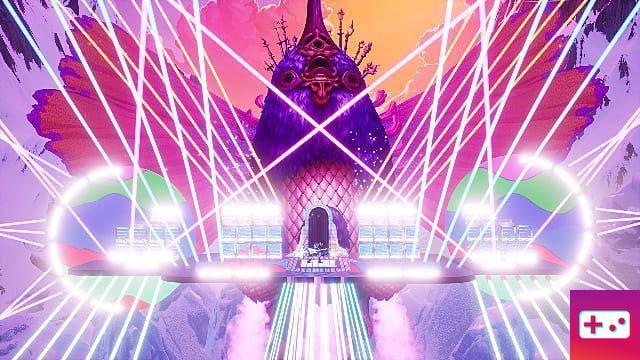 In its 2D style, The Artful Escape ventures into many alien worlds, never two places displaying the same look, but none is ever less than stunning. Aided by the way players can almost always riff on Francis' guitar at will, rousing both the rowdy inhabitants and the vibrant flora, this is a game that will leave players in awe of the style of it all, but there is also a lot of substance.

Francis' Adventure is a fairly traditional coming-of-age story. It is written by the screenwriters with apparent anxiety, determined not to let the story get lost in a whirlwind of colors and shapes. It's pretty clear from the start where Francis' story will go, and yet I still loved every minute of it.

Featuring a cast of voice actors that includes household names like Carl Weathers and Jason Schwartzman, this is an Annapurna joint through and through. Rookie studio Beethoven & Dinosaur is led by a former touring artist and space rocker, and the understanding and love for this world shines through in every lyrical line delivered and every psychedelic scene unveiled.

The Artful Escape is a power fantasy, but not like these many other games give you. Armed only with a guitar, players will face aliens in jam-bandy tournaments inspired by the electronic board game Simon. In between, they'll jump, slide, and glide through alien architecture and the vibrant terrain of an exoplanet. 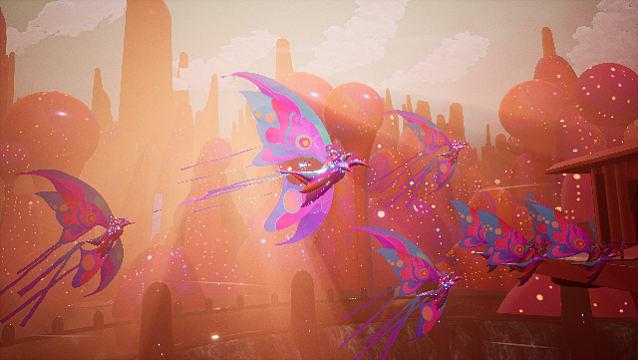 In neither case does the game challenge players much. Messing up an instance of that "Simon Says" gameplay is instantly forgiven, as opponents simply replay their riffs until you replay them correctly. Searching a platform section instantly teleports you a few meters from where you were.

Obviously The Artful Escape is more of a mood piece than something designed to challenge most players, but because it's drenched in style and often quite funny too, I don't mind the lack of traditional gameplay. too much.

Perhaps the simplest aspect of anything considered gameplay is also the best part, and that's the choice of dialogue options. Everyone in The Artful Escape talks like a spilled lyrics book on the floor. Often silly, more often than not epic, Francis' choice of words aims to instill in him the self-confidence and identity he so lacked in Calypso.

In this alien world, Francis is freed from the expectations that plague him. As you piece together his “origin” story for all to hear across the cosmos, Francis will sing your name and handpicked details as if they were magical spells repelling dark spirits. . On alien planets among amorphous patches of extraterrestrial life, Francis is the electrifying showman he wants to be, and boy, is it great to have a hand in his coming-of-age story.

While the game looked great on my Series X and is enhanced for the platform from day one, it suffered from a recurring issue that I believe is present on all platforms: sometimes , a line of dialogue was missing sound during a conversation. It wasn't huge, but given how much I loved the characters and the story, it was overwhelming every time it happened.

The Artful Escape Review – The Result 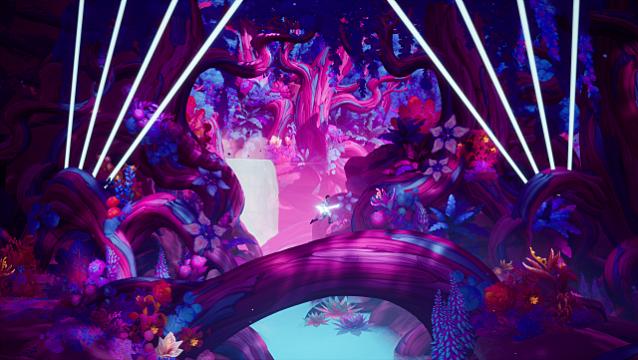 Although a relatively short and easy game, The Artful Escape is also a charming and witty spectacle from start to finish over its approximately six hours of gameplay. story of Francis and the distant lands he visits in his quest to believe in himself and write his own future.

I can foresee some gamers mocking the whole project for its particular brand of humor, but I expect it to be adored by dramas, garage rockers, and outcasts in general. The Artful Escape plays like a psychedelic jam band and tells a story as if someone had added a few drops of acid to Wes Anderson's Darjeeling tea.

[Note: Annapurna Interactive provided the copy of The Artful Escape used for this review.]

Audio Video The Artful Escape Review: Entering the Scene
The Binding of Isaac: Repentance DLC Review – Down to the Basement Once More ❯

add a comment of The Artful Escape Review: Entering the Scene