But, in order to find that precious star, you must first complete three of the seven challenges of the Summer Relaxation series, then look carefully at the loading screen, present above, in which the position of the star is concealed. As you can see, a visual cue has been dragged onto the background of the image. In fact, we can see a tacos tagged against a wall. If you've been following the latest Fortnite news, you know that Moisty Palms appeared while Greasy Grove made a comeback. The latter is now a place where tacos reign, of which a restaurant is dedicated. It is therefore at the Greasy Grove Taco Restaurant that players will have to go in order to harvest it.

For it, just go straight to Greasy Grove. You must then head northeast of the place to finally reach the taco restaurant in which the star rests. All that remains is to grab the secret star of the week. In order not to waste time, we have indicated where to find it on the map below. 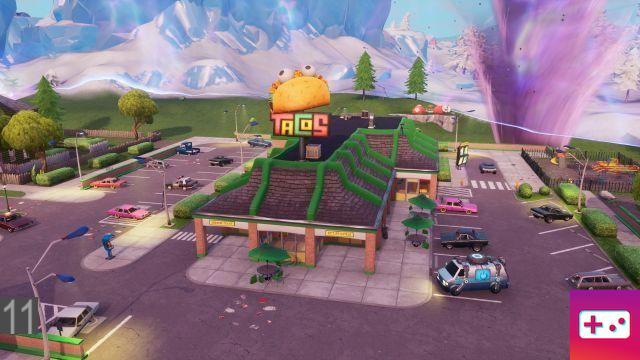 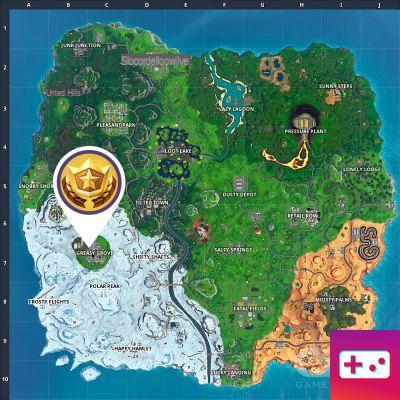 add a comment of The hidden star on the loading screen is at Greasy Grove Taco Restaurant, Summertime Relaxation Challenge, Week 7, Season 10