But, in order to find that precious star, you must first complete three of the seven challenges of the series The Leftovers from the day before, then look carefully at the loading screen, present above, in which the position of the star is concealed. As you can see, an ice cream logo with the indication SoFDeeZ is located on the bumper of the vehicle in the center of the screen. It is therefore necessary to seek the location of this shop so that the players can harvest it.

For it, just go to the Paradise Palms side. You then have to head slightly north of the locality to finally reach the karting track opposite which the SoFDeeZ ice cream shop is located. Above the entrance is therefore the famous mirror in front of which the sign rests, while the star rests inside the building, at the bottom right, on a work surface. All that remains is to grab the secret star of the week. In order not to waste time, we have indicated where to find it on the map below. 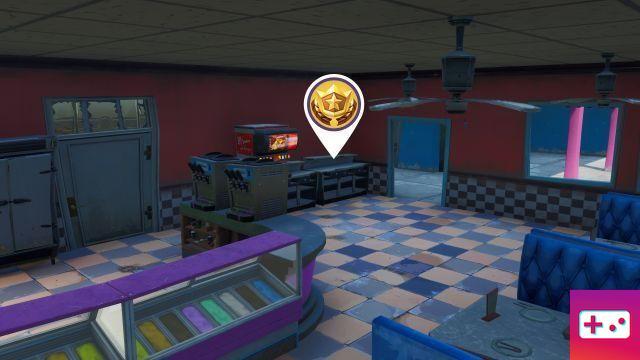 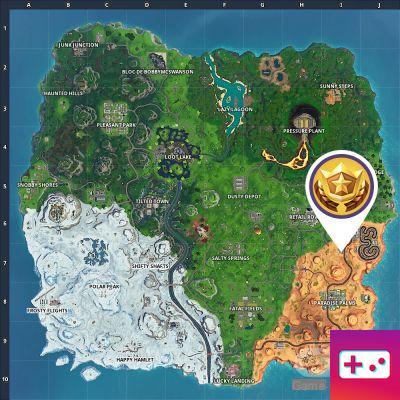 add a comment of The hidden star on the loading screen is north of Paradise Palms, Eve's Leftovers Challenge, Week 3, Season 10