But, in order to find that precious star, you must first complete three of the seven challenges in the Get Ready series, then look carefully at the loading screen, present above, in which the position of the star is concealed. As you can see, a tomato head adorned with a crown is depicted above the door, in the center of the screen. The latter is reminiscent of Tomato Temple, the remains of which are still present on the island. It is therefore in this location that players will have to go in order to harvest it.

For it, just go straight to Pressure Plant. You must then head west of the locality to finally reach the remains of a forgotten temple overhung by a tomato head adorned with a rudimentary crown. All that remains is to grab the secret star of the week. In order not to waste time, we have indicated where to find it on the map below. 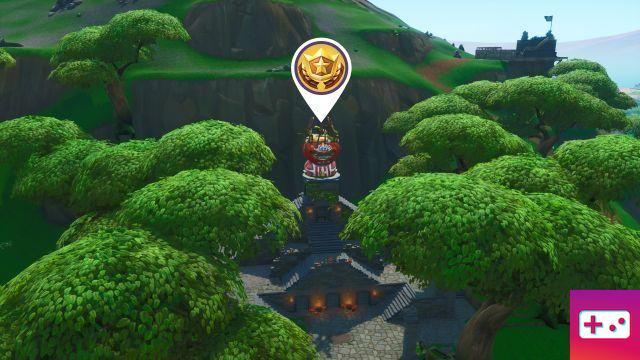 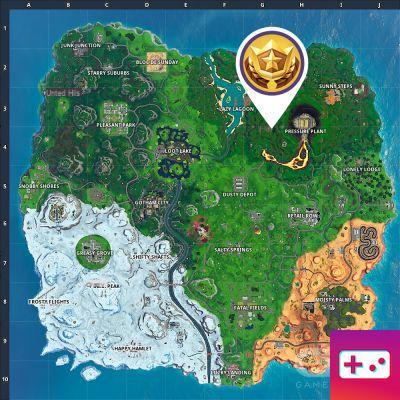 Audio Video The hidden star on the loading screen is slightly west of Pressure Plant, Gear Up Challenge, Week 9, Season 10
The event of the year, hidden challenge season 4 ❯

add a comment of The hidden star on the loading screen is slightly west of Pressure Plant, Gear Up Challenge, Week 9, Season 10