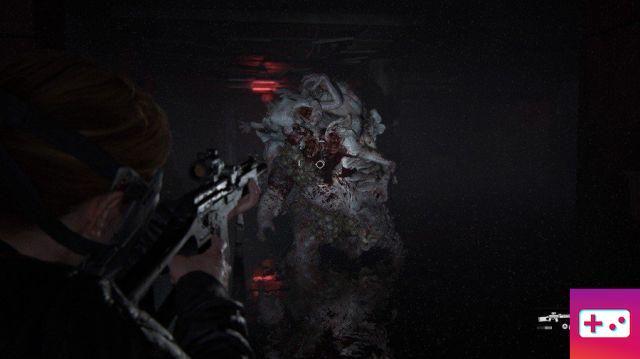 how do you kill it Rat King Clicker boss during the Ground Zero chapter of The Last of Us 2? This meeting takes place shortly after Abby's successfully retrieved the medical supplies she needs to help Mel with Yara's surgery. As part of our The last of us 2 guide, we're going to share some strategies to help you beat the Rat King, both in his Bloater half and Stalker half disguises. For more information, check out our The Last of Us 2: Ground Zero – All Collectibles: Artifacts, Coins, Workshops or check out our general The Last of Us 2 tips and tricks.

The Rat King Clicker boss fight is arguably the toughest encounter in the game, so you'll want to make sure you're well prepared for it.

The Rat King will rush you and you will die instantly if he catches you, so don't take chances and always make sure there is a safe distance between you and the boss. Use barriers and walls to make sure it doesn't have a direct route to you, because despite its size, this Clicker can move alarmingly fast. He will smash through walls, but doing so will hamper his movement speed, giving you time to get away.

The entire area where the Rat King boss fight takes place is designed as a circuit, so we recommend running around in circles and placing bullets on the enemy only when you have the time. Pipe bombs can be particularly effective against this enemy, so be sure to spawn them when there is a reasonable distance between you and the brute. You can use the game's lock-on launch mechanic to make sure the explosives land.

A cutscene will trigger halfway through the boss fight, as half of the Stalker enemy splits from its host. This will make you think of two enemies. Shotgun bullets, in particular Incendiary shells, are effective against the Stalker. Try to keep your original strategy of quick, deliberate movement against the Bloater half of the Rat King, while paying close attention to the Stalker half. Use Listen Mode to determine each enemy's position and don't waste too many resources on the Stalker; you'll need to kill the Bloater first.


Once you've managed to defeat half of the Rat King's Bloater, collect any remaining resources and make sure to craft all the offensive items you can - this fight isn't over yet. Follow the exit door out of the boss fight room and you'll eventually have to face down half of Stalker. Dump all of your ammo into the enemy, with the shotgun once again proving effective in keeping them at bay. Once he is dead, the Rat King boss fight is over.

Have you ever killed the Rat King Clicker boss in The Last of Us 2? Share any other effective strategies you've found in the comments section and be sure to refer to our The last of us 2 guide for much more information about the game.