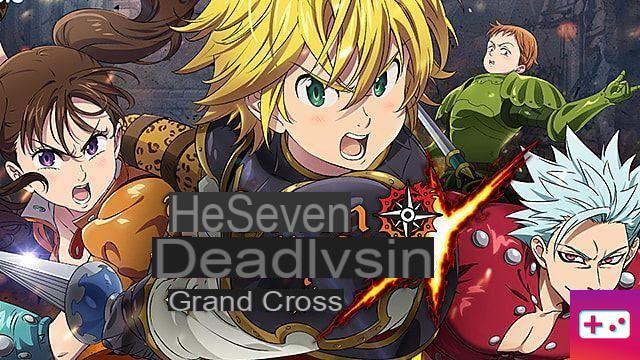 The priority of some characters has changed in both PvE and PvP, as well as in deathmatch. Be sure to check out the list below for a better idea of ​​what will be relevant this New Year.

It is also an excellent team unit, increasing all base stats of its allies by 6%. Zeldris also has the ability to deplete enemy movement gauges and disable recovery skills.

Zeldris also performs well in PvP matches, both with and without gear. Although he has no AoE abilities, his Spike skill can deal up to 840% damage to a single target, which is amazing.

Overall, this hero will never let you down even in the most complicated PvE and PvP scenarios.

While Zeldris is able to deplete a single enemy's ultimate move gauge, Blue Lillia can do the same trick but in an AoE fashion.

It actually combines a whole host of extremely useful abilities, such as the ability to heal, decrease skill ranks, remove debuffs, and many more. All of this makes Lillia a great hero for both PvE and PvP modes.


His Star Link ability also functions as a pure damage area that hits all enemies with up to 525% base damage attack power. It's a really powerful skill that can be used in combination with all of his debuff skills to great effect.

One of Red Gowther's biggest perks is his ability to disable all enemy attack skills. This makes them completely useless in battles.

On the other hand, Gowther buffs all allies' skills, giving them all a huge boost. He may not be as good at PvE as the other heroes, but he's indispensable in PvP and deathmatch.

This hero has one of the most unique abilities in the entire game: the person who stands on the pinnacle. This skill grants him complete immunity to all types of debuffs.

Additionally, he can just as easily remove one of the enemies' buffs. But probably the best is his ability to fill his ultimate move gauge faster than any other hero in SDS: Grand Cross.

Escanor is a great choice for PvP, but he may not be as good in PvE due to a complete lack of AoE skills.

One of King's most distinct skills is his petrify ability. Petrified enemies cannot receive any buffs and are practically useless.

Blue King also has one of the strongest AoE attacks among all other heroes. This is why he is one of the most wanted characters in PvE mode. But it can be just as useful in PvP with or without gear.


Unfortunately, its defense capabilities are quite poor and it needs a strong tank to back it up.

Every team needs a solid tanky character that can soak up a lot of damage. Derieri is that kind of character.

In PvP, she's essential against ranged enemies, and in PvE, she can perform all sorts of tasks, from protecting allies to decreasing enemy damage.

His Combo Star ability allows him to amplify his attacks and deal up to 945% damage to a single target.

Here's an anti-tank hero that depletes enemies' HP stats, making them easier to kill. This is possible thanks to Tarmiel's Angelic Wrath ability.

He also has his own skill that heals allies, and his generally high defense stats make Tarmiel a great ally in PvP mode. He also has an Ark Shield, which he can use to protect his allies from various types of damage.

Despite all these advantages, Tarmiel is not as good in any other game mode. But if you mainly play PvP mode, then Tarmiel is definitely a top choice.