Author and references
Our articles on Clash Royale 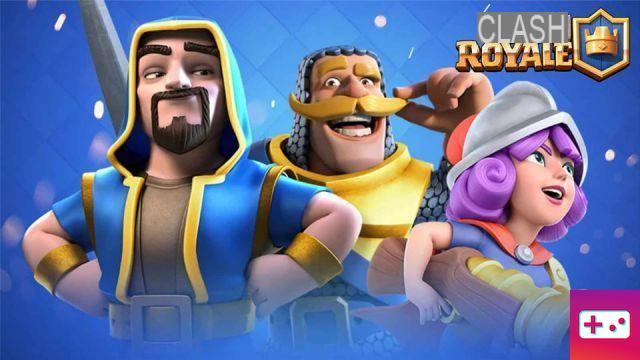 Tier list best deck Clash Royale, our best decks Here are the strongest and most effective decks to win all your fights on Clash Royale. We offer you a list with advice!

Since the revival of the hype of Clash Royale, the players seek the strongest decks never to lose to the enemy again. This is why we offer you 6 decks métas to win all your challenges.

What are the best Clash Royale 2022 meta decks?

This deck is one of the most difficult because it is composed of small cards but none the less formidable ! We advise you to read our article on the best Hog Rider deck on Clash Royale so that he no longer has any secrets for you.

The goal of this deck will be to scratch the slightest blow hammer on the enemy tower. You will have to play with your small troops to cycle your cards and thus play your Rider as much as possible.

Le Mortar is a fearsome building when played correctly. This is why we advise you to read our article on the best Mortar deck in Clash Royale to know how to play it correctly.

To play this deck, it's important to let your opponent attack first so you can build up a counter attack unstoppable and place your Mortar to inflict maximum damage.

Le PEKKA is very powerful and therefore widely used by players. Find all the tips and cards to play with in our article on le best PEKKA deck on Clash Royale.

In a deck like this, you might as well attack than defend because it is Very full. You will be able to defend yourself against any card in the game. You have a very explosive push with your battle ram and your Electro Dragon !

This deck is made up of combo card par excellence. When the Lumberjack is eliminated, he releases his Sor the rage which allows the Ball to put a maximum damage. Find our article on the best Balloon and Lumberjack deck on Clash Royale.

The combos Balloon & Lumberjack, gives you an effective attack but the other cards in your deck are perfect for you defend against any enemy offensive.

Le Mega Knight is also good at to the defense that attack. It is therefore essential in your deck to win. Find our advice on using this card in our article dedicated to the best mega knight deck in clash royale.

Your attack will consist of your Mega Knight but also your Skeleton Barrel which will be one of the centerpieces. The other cards are obviously there to defend you but also to build up a effective counter-attack.

The Ram Rider deck is very popular right now thanks to the map boost this season. Find our 2 decks dedicated to this card on our article on The best Ram Rider decks in Clash Royale.

The Ram Rider is a card as effective as the Rider but with an added advantage, that of slowing down the troops it hits. You can accompany it with a thief or hell dragon with the poison spell for a combo that is unforgiving and hard to defend!

Everything about the Mega Gargoyle Rare Card

Clash Royale: All About the Ice Spirit Common Card

Clash Royale: All About the Epic Poison Map

Clash Royale: Generator of free gems, why is it prohibited?