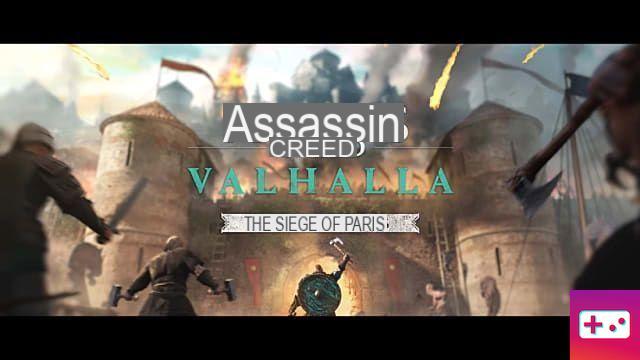 Assassin's Creed Valhalla will have two post-launch story expansion packs and a bonus mission as DLC, along with free seasonal updates for all players, Ubisoft has announced.

The first free update revolves around Yule and is scheduled for late 2020.

Valhalla DLC can be purchased separately when expansions release in 2021, and those expansions are included with the AC Valhalla Season Pass for $39,99. Those who purchase the Gold or Ultimate editions of the game get the Season Pass, as well as The Legend of Beowulf bonus mission.

Valhalla's first expansion is Wrath of the Druids, slated for release in spring 2021. It sees Eivor travel to Ireland to confront the descendants of a long-dead druidic cult and is steeped in Celtic mystery, the producer said. post-launch Jose Araiza. Eivor can also visit Dublin and influence the flourishing economic life of the city.

Eivor makes history and goes to war with the Franks in the summer of 2021 with the second expansion, The Siege of Paris. Paris and control of France is the prize, and Eivor will employ some good old-fashioned Assassin's Creed silliness to bring it down from within through infiltration and forging alliances.

There aren't many details about the Beowulf quest so far, although Ubisoft has shown the quest opening. Eivor is called upon to investigate a series of strange deaths caused by an unknown beast.

Assassin's Creed Valhalla's free seasonal updates will include four content injections in the game's first year. All will bring new quests, festivals in Eivor's settlement, skills, mechanics, and more. For example, the first content update will introduce River Raids to the game.

Assassin's Creed Valhalla releases November 10 for PC, Xbox One, Xbox Series X | S and PlayStation 4, and November 12 for PlayStation 5. If you haven't grabbed your preorder yet, check out our AC Valhalla preorder guide to find the right one for you.