Author and references
The "Visit the Razor Crest" challenge is one of the quests in Fortnite's fifth season. Find our tips and a map with locations to validate it. The fifth season of Fortnite Chapter 2 is finally available. As always, a battle pass is available, sold for 950 V-bucks, allowing you to recover many cosmetics. To unlock them, you must earn XP, which can be earned by completing several quests, but also to unlock some cosmetic rewards for your characters. One of these challenges will require you to visit the Razor Crest.

Where to find the Razor Crest in Fortnite?

As you will have understood, many new places have been implemented in this new season. The challenges will obviously make you discover them so that you are not lost. One of these novelties is none other than the Razor crest.

So go to the post-apocalyptic area that appeared after the Galactus fight, south of the Colossal Coliseum, which is also a new location. You will have to look for a ship, since the Razor Crest is simply the ship of our bounty hunter, the Mandalorian. Quite imposing, you shouldn't miss it, especially since it is damaged and gives off a lot of smoke.

However, if you are unable to locate it, we have indicated its location on our map below. 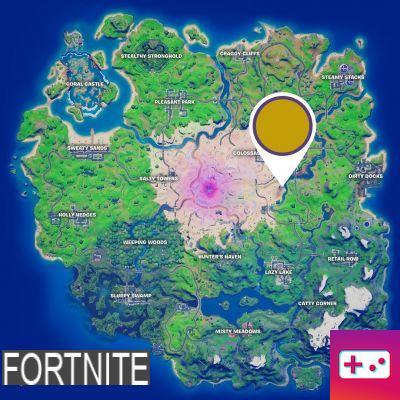