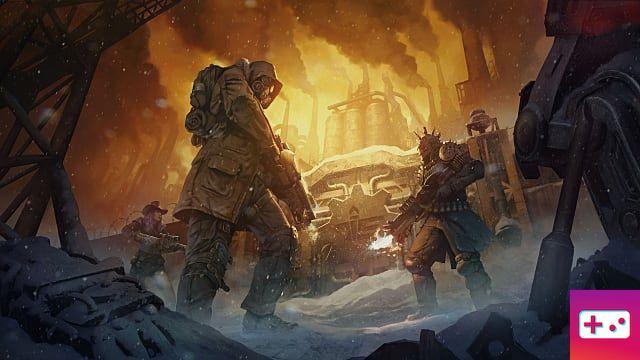 The Battle of Steeltown, the first DLC for Wasteland 3, will be released on June 3 on PC and consoles. Steeltown sees the team travel to southwestern Colorado to investigate a violent strike at a steel mill, but deciding who's wrong won't be as easy as it seems.

There are a variety of quests to take on in Steeltown, along with new enemy types and a stack of new combat mechanics for players to play around with. Stacking status effects, elemental shields, telegraphed attacks, and non-lethal weapons will be integrated into the DLC to add even more complexity to Wasteland 3 combat.

Steeltown quests will evolve based on the progress of the main game. inXile also stated that these new mechanics and items were retroactively added to the base game.

Full of choice, consequence, and Wasteland 3's unique brand of humor, it's... the culmination of all the hard work we've put into the game since launch.

For those playing Wasteland 3 for the first time, they'll be playing the best version of the game. stimulating new ways.

It is not yet known how much the Battle of Steeltown will cost.

We called Wasteland 3 an "instant classic" in our review, a top-notch RPG evoking the best of retro tactics games like Fallout packed into a modern package.