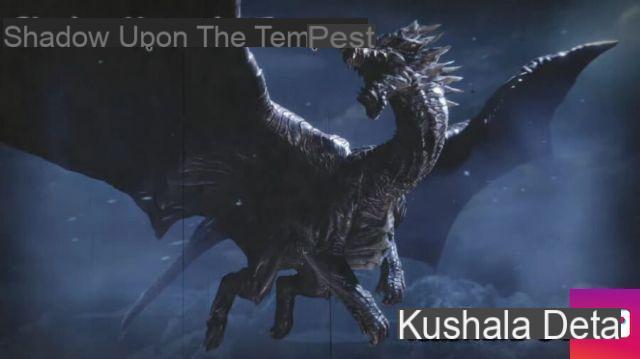 Monster Hunter Rise allows players to hunt down and destroy monsters that populate the open areas of the game. This gives players items, materials, and experience if completed successfully. However, not all monsters are created equal. At the top of the food chain in Monster Hunter Rise are the Elder Dragons, Herculean wyverns that dominate the lands they inhabit. One of these Elder Dragons, Kushala Daora, will make quick work of unprepared hunters, so make sure you're prepared for this tough boss by learning its weaknesses, resistances, and drop rates in advance.

All of Kushala Daora's Weaknesses

Kushala Daora's main weakness is thunder, so be sure to pack a weapon imbued with that element if you can. If you don't have a thunder weapon, dragon and fire weapons are also effective. Water is not preferred but does more damage than any element aspect. Do not use the ice element on Kushala Daora, as the beast is immune to damage from this type of attack.

If you have a thunder weapon, focus your attacks on the front leg, wing, and tail for the most damage. Those using dragon weapons would do well to aim their attacks at Kushala Daora's wings and tail for the best impact. Fire and water weapons do the same damage throughout this ancient dragon's body, so aim where you see fit when using these tools.

If you're not using an elemental weapon, you want to attack certain spots where you deal extra damage. These slots on a monster are differentiated according to the type of weapon you use: cut, impact or shot.

Resistances and evils of Kushala Daora

The Kushala Daora has a wide range of disease resistances. If you want to use a disease that hits hard, pick up a weapon with a Blast affinity. This disease is very impactful. Thunderblight is a viable second option, so if you have a fast weapon like the Insect Glaive or Dual Blades with those elements, you should inflict ailments fairly quickly. Do not use paralysis or exhaustion ailments, as Kushala Daora is immune to them.

Depending on your quest, you can get different rewards for forging armor and weapons, but each has a drop rate percentage which is ultimately RNG. It's pure luck what you get.

Most monsters have breakable parts, and Kushala Daora is no different. Be sure to aim for the head, wings, or tail repeatedly to smash pieces of the beast. If you break Kushala Daora's parts while hunting, you will earn additional rewards after completing the quest.

The tables below show the percentage and drop rates for each Kushala Daora High Rank material.

Related: Where To Find A Rock Lizard In Monster Hunter Rise

add a comment of What are Kushala Daora's Weaknesses, Resistances and Drops | monster hunter rise