What is the release date for Voice of Cards: The Isle Dragon Roars? 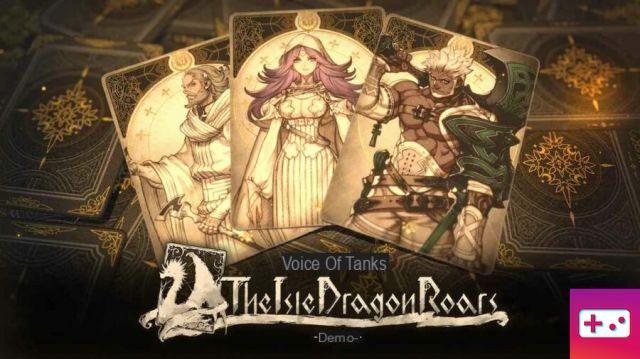 After posting a Japanese teaser on Square Enix's official YouTube page on September 9, Nintendo has given fans a firm release date for Voice of Cards: The Isle Dragon Roars, the latest title from creative director Yoko Taro and the team behind the NieR. The launch of the game is scheduled for October 28, 2021.

With a warm welcome from its narrator, the Game Master, Voice of Cards: The Isle Dragon Roars was revealed among a handful of upcoming releases during a Nintendo Direct livestream on September 23. Immediately following the live stream and simultaneous press release from Square Enix, PlayStation also announced Voice of Cards among their upcoming releases on the PlayStation Blog, where they also previewed the upcoming game.

The upcoming turn-based RPG is presented as a unique tabletop-style adventure that's told entirely through cards. Joined by an eclectic duo of companions, your protagonist will venture into a mysterious world to defeat an awakened dragon. Additionally, the entire story takes place on an in-game game board.

Voice of Cards: The Isle Dragon Roars is available now for pre-order and demo and will be released on PlayStation 4, Nintendo Switch and Steam when it launches on October 28, 2021.

Check back for more on Voice of Cards and other upcoming releases on Tipsforallgames.

add a comment of What is the release date for Voice of Cards: The Isle Dragon Roars?