What is the release date of Choo-Choo Charles? 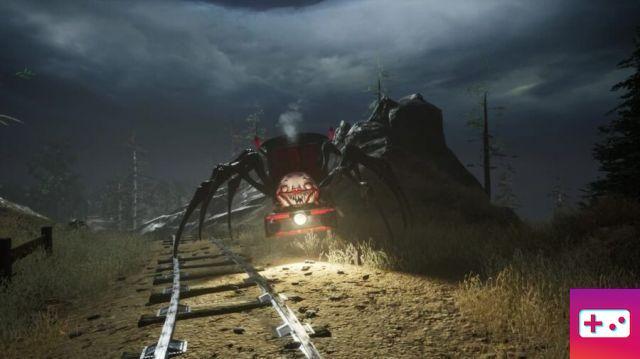 Horror games have always been popular, especially among streamers, as they can attract a large number of viewers to watch them scream in terror. Some horror games decide to add a strange novelty to their games and this is the case of Choo-Choo Charles.

Choo-Choo Charles has a release date of the first quarter of 2022. In this game, the player must navigate a mysterious island, help the inhabitants and collect scrap metal to improve his train. The main goal is to kill Charles, the evil hybrid of the spider train who feasts on human flesh.

Choo-Choo Charles appears to be inspired by the children's book "Charlie the Choo-Choo" featured in Stephen King's Darktower series and other works. The train in the book is called Charlie and is both friendly and reliable, but also described as having an untrustworthy smile. A notable line from the book is "and be a merry choo-choo train until the day I die".

Another source of inspiration for Choo-Choo Charles could be the Thomas the Tank Engine which has been turned into memes and modified in various games. These include Skyrim, Resident Evil, Fallout 4, Final Fantasy XV and many more. For now, players will have to wait until 2022 to see Charles in action and judge his inspirations for themselves.

Audio Video What is the release date of Choo-Choo Charles?
When is Diablo II: Resurrected released? ❯

add a comment of What is the release date of Choo-Choo Charles?