What's in the Ruined King: A League of Legends Story Deluxe Edition? 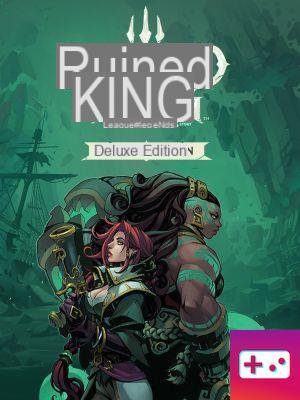 Additionally, if you purchase the Deluxe Edition before December 16, 2021, you will receive a launch-exclusive Manamune Sword for Yasuo.

Contents of the deluxe edition

In this pack you will find the Poro Defender and the Poro Idol. The first is a shield that looks like Poro and gives haste, stamina, and attack power. The latter is a Poro-shaped idol that grants defense and stamina.

It includes a deluxe potion pack, a potion-filled chest, a Plunderer's Pendant, a gold pendant worn by those who seek great fortune, and the Savant's Tome, a trinket that enhances your combat abilities.

Audio Video What's in the Ruined King: A League of Legends Story Deluxe Edition?
What do supply points unlock in Back 4 Blood? ❯

add a comment of What's in the Ruined King: A League of Legends Story Deluxe Edition?