When is Guardians of the Galaxy released? 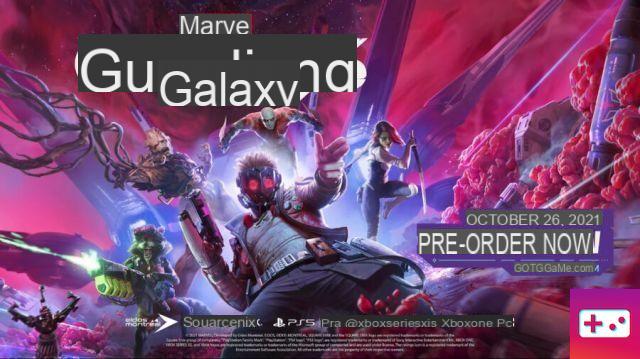 If you're a Marvel fan, Guardians of the Galaxy is right up your alley. The third-person single-player action-adventure game was announced during Square Enix's games showcase at E3 2021 and it surprised many fans.

Marvel's Guardians of the Galaxy releases October 26, 2021. It features Star-Lord, the comical yet dashing superhero as the face of the space group battling aliens in the cosmos. At the same time, the familiar band of Gamora, Drax, Rocket Racoon, and Groot are an integral part of the game. Together they fight against space creatures and (probably) save the universe.

"A distinct blend of sci-fi, family drama, and rock 'n' roll attitude with an edgy aesthetic is the foundation of our Guardians franchise," said Jay Ong, executive vice president and head of Marvel Games. .

The game looks very interesting, as it features humorous dialogues, a well-detailed combat system and will definitely be a visual treat for fans of the franchise. Considering Avengers hasn't done as well as Square Enix had hoped without attracting a playerbase, it's a bold step to put another Marvel title in the spotlight. However, it remains to be seen how the game will fare when it releases later this year.

Stay tuned for more on Guardians of the Galaxy on Tipsforallgames.

Audio Video When is Guardians of the Galaxy released?
What is the difference between starting zones in Super Robot Wars 30? ❯

add a comment of When is Guardians of the Galaxy released?