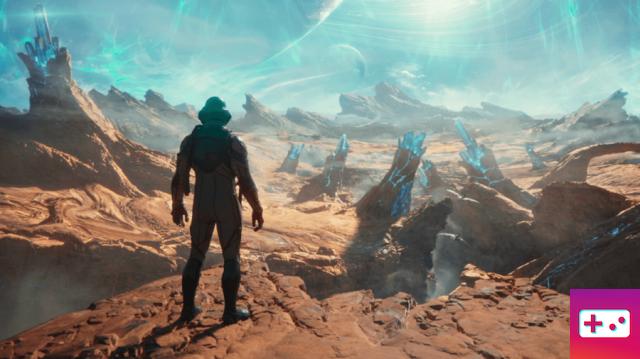 E3 is usually the gift that keeps on being given, and along with all the other big reveals, we also have The Outer Worlds 2 to look forward to! Obsidian's repertoire continues as it features a sequel to the much-loved The Outer Worlds which was inspired by their work on Fallout: New Vegas.

The trailer for the new game dropped at E3 and was glorious, humorous, and also full of not much! But in the best way.

The Outer Worlds 2 release date has yet to be revealed, but we'll update you with all the information as soon as we know. The voiceover (which we suspect is CW from Mythic Quest) revealed that there isn't much to show about the game yet.

We were treated to sprawling panoramic shots and action-packed sequences that, according to the narrator, mean nothing at all, except to serve as a trailer! So meta, so funny and so well done that we don't even mind waiting a little longer for more details!


While we wait for more juicy information to give you, why not browse through the first game and check out the list of trophies for any you may have missed!

Audio Video When is The Outer Worlds 2 release date?
What is the release date for Voice of Cards: The Isle Dragon Roars? ❯

add a comment of When is The Outer Worlds 2 release date?