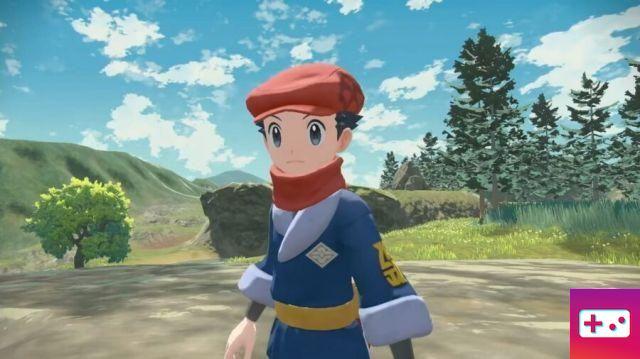 Pokémon Legends Arceus is set a long time ago in the Hisui region. The Hisui region was a vast and wild area before people and Pokémon were close. Legends Arceus trainers are pioneers who explore uncharted territory by studying these Pokémon. Hisui eventually becomes known as the Sinnoh region, where the fourth generation of the Pokemon, Diamond, and Pearl games take place.

Related: What are Guardians and Noble Pokémon in Pokémon Legends: Arceus?

The untamed wilderness of the Hisui region also comes with a set of unique obstacles that players must also overcome, such as the Alpha Pokémon that populate the open world and the game's guardians, rare and powerful rival trainers. which will challenge players intermittently.

For a look at the ancient region of Hisui and the unique obstacles it presents, be sure to watch the following Nintendo trailer.

Pokémon Legends Arceus will be released exclusively for Nintendo Switch on January 28, 2022.

For more on Pokémon Legends Arceus, be sure to check out some of our other guides, like How to Get the Hisuian Growlithe Kimono Set in Pokémon Legends: Arceus here on Tipsforallgames.

add a comment of Where does Pokémon Legends Arceus take place?