Who is Baizhu in Genshin Impact and when will they be released? 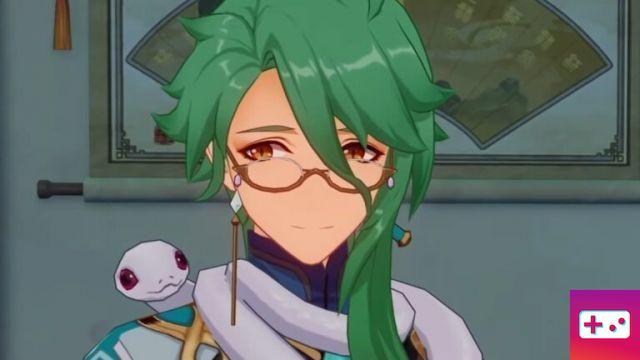 Baizhu runs Liyue's clinic and is Qiqi's caretaker. He appears during the Liyue story and again in the Serenitea Pot quest. He is shown carrying a dendro vision, but there is never any indication as to what type of weapon he can use. Tradition seems to indicate that he is physically weak, so a catalyst is likely.

Baizhu is also accompanied by a unique companion named Changsheng. Changsheng is the white snake that is coiled around her neck, and she is able to verbally communicate like a human.

When will the Baizhu Banner be released?

Baizhu will likely be the first dendro character made playable and is believed to be a five star. It should be released with The Chasm or in the update that takes place right before the release of Sumeru. If you are a Baizhu fan, then the earliest you should expect to see it is version 2.6.

add a comment of Who is Baizhu in Genshin Impact and when will they be released?