Who is Kuki Shinobu in Genshin Impact - release date and more! 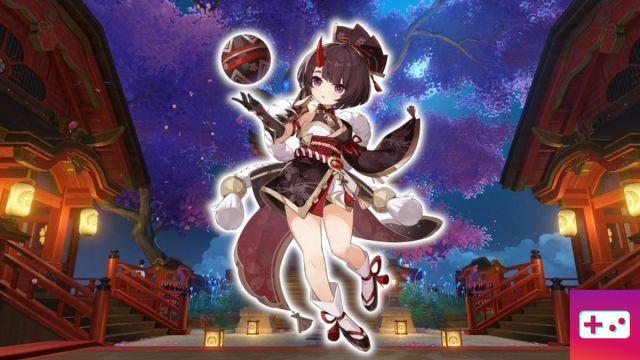 Despite the characters we've already seen in Inazuma so far, there's still more to come. Genshin Impact has been slowly drip-feeding information about upcoming characters, including Kuki Shinobu. Unlike most characters, she will likely arrive soon and be a great support unit.

Kuki Shinobu is an Inazuma character who looks like a young child and a four-star. She is currently defined as an electro character and would be another catalyst. This is still up for debate, as Yae is likely a Catalyst herself and Lisa already fills the four-star role of an Electro Catalyst.

She is already mentioned in the lines of several characters, and it is confirmed that she watches over Arataki Itto. Shinobu is meant to have a more serious personality, closer to Sara or Yae. She's probably the only reason Itto is allowed to roam the streets freely.

When will the Kuki Shinobu banner be released?

Shinobu presumably comes out alongside Yae Miko, which puts her in version 2.5. This is further supported by information indicating that she is a supporting character for Yae. She was once considered a dendro character, so that could change at any time.

add a comment of Who is Kuki Shinobu in Genshin Impact - release date and more!