WRC 10 is a racing game focused on endurance rather than sprinting. And for some, that can be a problem. This annual championship rally game has all the hallmarks of a decent driving title. Lots of tracks. A multitude of cars. And even variable track conditions.

Yet, much like the problem facing Formula 1 games, WRC 10 is intimidating to anyone unfamiliar with the world of rally driving.


The popularized racers of this generation (PS4/XB1) all focus on making the driver feel cool and fast (and maybe a little furious). Extensive drifts, insanely high speeds, gorgeous graphics, and a fancy UI to watch your level soar are staples. WRC 10, on the other hand, is all about functionality. It's a tight, tight-knit racer you'll agonize left and right, cursing the single bumps that topple your car and doing your best to keep your foot off the pedal.

As someone completely new to the WRC series, such mechanics were a challenge. Having played series like Need for Speed ​​Heat and Forza Horizon 4, I naively approached the WRC expecting a more Dirt-like mesh experience. Yet, as obvious as it may seem, the WRC 10 is not for casual racers like me. WRC 10 is an experience focused on rally fans.

The game unabashedly immerses you in its world with challenging tracks, numbered terms in meaning, and a very different driving style. And at the time, none of that made sense to me. After a raucous introduction, WRC doesn't let up, as it then hits you with a simulation-like management system, where you'll manage everything within your rally team, even down to billing emails.


At first sight, I was completely horrified and often wondered, "When can I actually drive?" ". 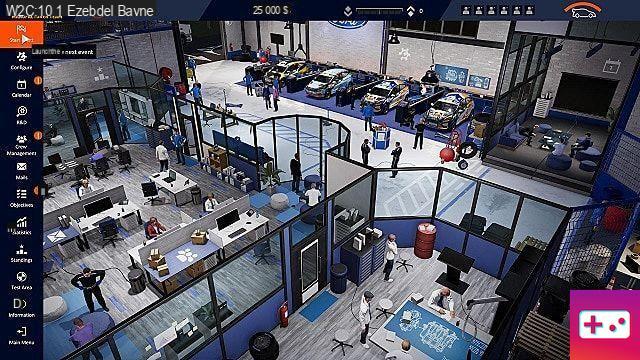 For fans of management simulations and real-world rally championships, this might be the perfect combination. I've seen flashes of interest in crunching the numbers when choosing one weatherman over another, for example, and the game features an extensive skill tree for point collectors.

However, the management side is an element of the game that I quickly lost interest in. Having to take weeks off for your crew might be part of real team immersion, but more often than not it feels like a waste of time.

Luckily, with fast-paced online play and even a split-screen mode, you can skip the game's management career mode entirely and jump straight into racing, even if that feels alien to you. The drift and steering feel unnatural, the trails are decidedly harsh, and the aforementioned terms just keep overwhelming. 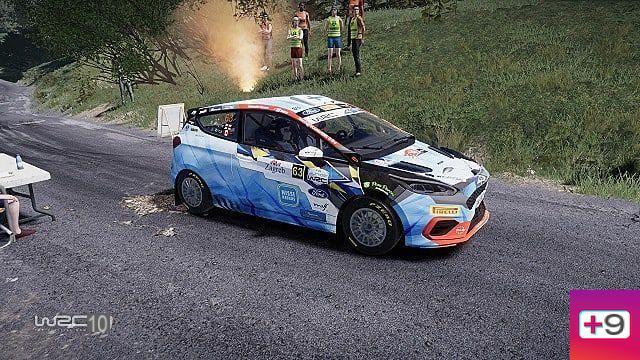 However, I stuck with this educated runner despite my struggles to pull out of the bottom position in the standings. As I replayed the bits, I came back again and again and chipped away second after second from my finish time. I started watching videos of what those fussy terms meant and gradually got used to how the game wanted to be played.

Developers Kylotonn and KT Racing know that WRC 10 isn't the most accessible either. With the inclusion of a Training and Testing Zone mode, players can take their time to familiarize themselves with its controls and mechanics. As you begin to understand the fundamentals of WRC 10 it becomes a much more addictive experience.


Racing on its multitude of tracks, WRC 10 had its eyes glued to the screen. As you would expect with a rally racer, you don't just drive; instead, you'll need an eye for disruptive bumps, knowing how the car will perform in varying conditions, and honing your sense of when to hit the brakes. 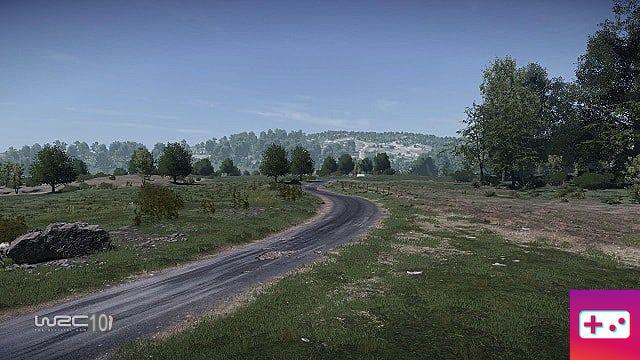 Then, to really challenge yourself, you have night races, which put even more emphasis on your co-driver's directions. For anyone expecting the neon lights and flared headlights of Need for Speed ​​games, that's not what you'll find here.

Night runs can get your blood boiling as visibility takes on a more grounded look. For me, the tension of tight trails during the day really loses its appeal at night. With in-game bumps rocking the car and ruining time, night racing reduces visibility to the point that some mechanics become a cumbersome burden. And that's before you even throw snow or rain.

Despite the variety of tracks with different weather conditions, WRC 10 is really lacking visually. With some truly abject landscapes, the game regularly has the vibe of an arcade machine racer. However, given the concentration required to actually play the thing, the focus on the visuals fades completely, and it's probably not something fans of the series are too busy with.

With those strong caveats in mind, WRC 10 has its fair share of content. A livery editor lets you customize the designs of your favorite cars, and drivers can play through the seasons for those longer sessions.


With the addition of clubs, a co-pilot mode, and the aforementioned split-screen, there are a ton of multiplayer options. This entry in the series even celebrates the 50th anniversary of the WRC with vintage vehicles and tracks. 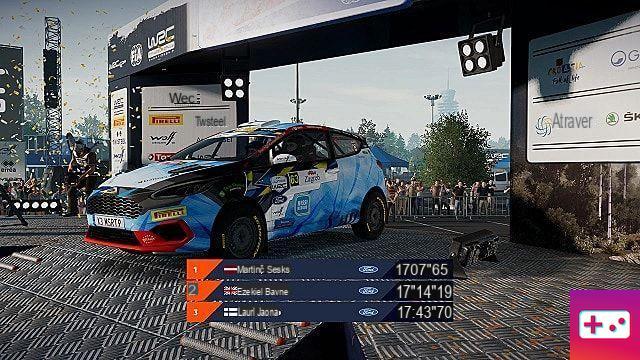 WRC 10 is a fun and emotional experience. If you are a newcomer, you will need patience. In the early hours, you'll feel overwhelmed by the game's lack of help, and you'll definitely need to check out a YouTube tutorial or two to get started. It's a more hardcore experience, that's for sure, but even then its campaign mode takes you too far away from the central experience.

However, once you start getting to grips with the racer, it delivers an addictive and brutal experience that will have you memorizing turns like never before. And there's something here even for those who often get into more casual racing games.

Basically, WRC 10 is to the race track what Football Manager is to the pitch. It's a racer made not only for the rally championship, but also for genre fans looking for a strategic simulation experience.

[Note: Nacon provided the copy of WRC 10 used for this review.]

add a comment of WRC 10 Review: A patient gamer driver