Wreckfest Review: The Spirit of Destruction Derby Lives On

Six months after the launch of the PS5, we already have competing destruction derbies. After February's PlayStation Plus lineup was bolstered by Sony's Destruction All-Stars, a game we had mixed opinions on, THQ Nordic is now headlining May's selection, relaunching Wreckfest with developers Bugbear on the next generation.

Launched two years ago on PS4, and further into PC Early Access, this chaotic racer crashes on PS5, refined with extensive multiplayer and several improvements under the hood. Unquestionably, this is the definitive edition of the game, and if All-Stars didn't meet your destructive needs, Wreckfest could certainly fill that gap.

Wreckfest Review: The Spirit of Destruction Derby Lives On 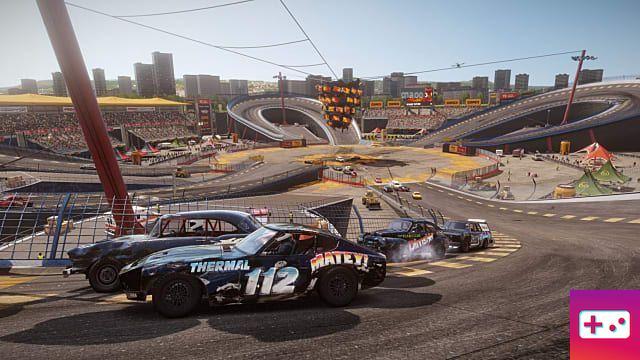 The premise of Wreckfest revolves around lining up and crushing 23 other racers, earning points for damage done. For single-player play, there's a sizable career mode divided into five championships, from 'Regional Juniors' to 'World Masters'. Packed with multiple events, each stage earns you career points that unlock the next championship, and there's plenty of variety so you won't always need the top marks.

Each event also offers bonus objectives, awarding points for completing set objectives. Usually it's simple tasks like "destroy three cars" or "deal the most damage", which motivates you to get creative while smashing other vehicles. There's also the traditional "first to finish" banger race, but ultimately it's a racing game without much racing.

Destruction derbies are the main attraction, and you will compete within a time limit to destroy your opponents. For a more comedic flavor, it sometimes involves driving joke vehicles like couches, lawnmowers, and combine harvesters, making the action downright absurd and downright hilarious, especially if you're playing with friends. 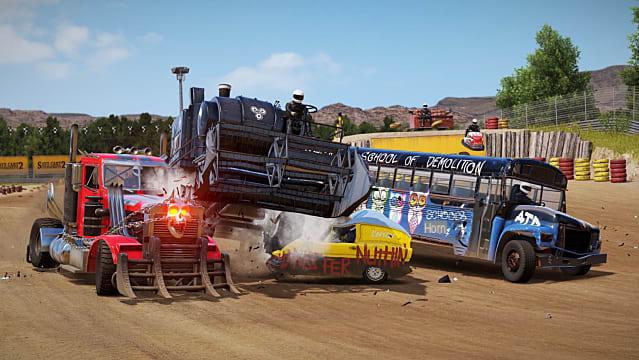 The combat mechanics are simple; you will quickly face your opponents to reduce their health. Whether it's a cheeky tap, a straight T-Bone, or a finishing hit on a battered vehicle to get the kill, points are awarded based on how dead your maneuver is, determining your position in the ranking.


Once you are the last car standing or the timer runs out, the event ends. While Wreckfest isn't a one-size-fits-all concept, the premise is better executed than competitors like All-Stars, making for an incredibly satisfying experience.

Of course, you're not immune to damage, and continuous hits reduce your speed, affecting key components like your vehicle's suspension and gearbox. You can swap between difficulty settings to minimize this, although Wreckfest does feature a difficulty-based EXP multiplier, rewarding those who choose a harder option. EXP is based on final position, total score, and achievement of bonus objectives; if you level up, it earns you new vehicle parts like improved cooling systems.

You can add these parts to the garage, customize existing vehicles, or buy new ones. There are a few cosmetic choices at your fingertips, but more importantly, you can install upgrades here to improve acceleration, top speed, cornering, toughness, and vehicle armor. If you prefer to fine-tune your existing setup, you can adjust the suspension, gear ratio, differential and brake balance. For those who like to tinker, you have some solid options here, and the system ultimately adds a lot to Bugbear's winning formula. 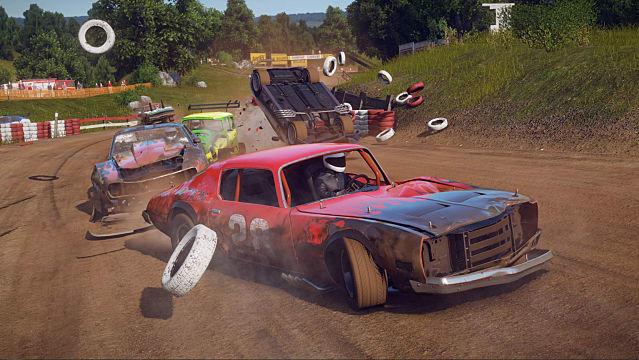 So what's new in this version of Wreckfest? It turns out a lot. The multiplayer mode has been expanded to support 24 players online, creating even more chaotic matches. Unfortunately, it doesn't offer much outside of your typical Destruction Derby, and while you can use your alternate vehicles, the single-player mode is still the big draw.

On top of that, though, Wreckfest is vastly improved, running at 4K resolution with 60fps, with drastically reduced (but still noticeable) load times, and using haptic feedback.


The improvements aren't just technical either. Wreckfest goes the extra mile with a solid visual rework, implementing dynamic dirt, improved textures, and better environmental lighting. It wasn't the prettiest game before, but it definitely has a nicer visual aesthetic now. Unfortunately, I can't say the same for the soundtrack, which gives a weird mix of rock, screamo and EDM music.


Finally, old PS4 owners don't have a free upgrade path, but unlike some games, such as the recently released PS5 version of Judgment, the PS5 version is available at a discount, provided you don't. haven't already claimed it on PlayStation Plus. (it leaves the service as a free game on May 31). 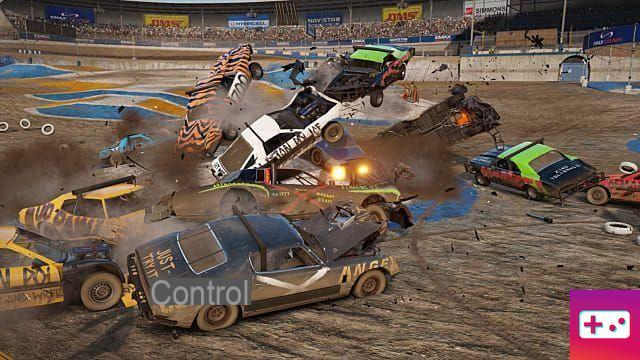 Ultimately, if you're looking to have fun smashing cars, Wreckfest is an entertaining choice. Sure, it's not built from the ground up for PS5 like Destruction All-Stars, but it executes that basic premise much better.

It's not perfect, with a few shortcomings with multiplayer, weird load times and a surprisingly cheesy soundtrack, although in the end Bugbear did a good job of improving it for new tech. generation. As such it is recommended.

[Note: The PlayStation Plus version of Wreckfest was used for this review.]

Audio Video Wreckfest Review: The Spirit of Destruction Derby Lives On
X4-Aquilon, where to find them in Fortnite? ❯

add a comment of Wreckfest Review: The Spirit of Destruction Derby Lives On