Author and references
Find all our tips to quickly validate the challenge "Inflict damage after knocking back an opponent with the explosive whirlwind of Tornado", appearing in week 7 of season 4 of chapter 2. Season 4 of chapter 2 of Fortnite is available since August 27, and honors the Marvel universe. To recover all the rewards of the Battle Pass, sold for 950 V-bucks, players will have to complete several challenges, in order to recover XP, allowing them to evolve in this famous Battle Pass. Week 4 of this season 4 will allow you to recover some, in particular thanks to the challenges asking you todeal damage after knocking an opponent back with Tornado's explosive whirlwind.

How to deal damage after knocking an opponent back with Tornado's explosive whirlwind in Fortnite?

The title of the challenge here may be confusing, but again, this is not a very complicated challenge to complete. You will have to go to the “Marvel Confrontation” or “K.-O. Marvel” which can be selected in the menu dedicated to the choice of the game mode, which will allow you, once on the battlefield, to find Tornado's explosive whirlpool. 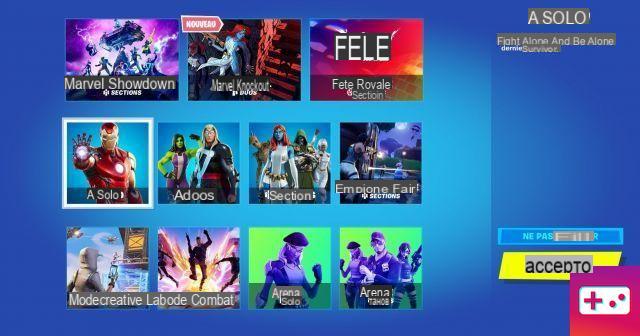 You'll then have to inflict a total of 1000 damage after using this power, which won't be too difficult of a deal. To help you locate the Tornado explosive whirlwind, you can refer to the picture above.

It is possible that the superhero weapon will arrive in the normal battle royale mode, in which case we will update the article to tell you how to get it.