Author and references
During update 3.5 of Fortnite: Battle Royale, a big new feature appeared, the replay mode. It allows players to review games they have played previously from other angles. Indeed, although we all believed that the replay mode was going to be available during season 4, it was to everyone's surprise that Epic Games announced this Wednesday morning during its 3.5 update, the arrival of the replay mode.

Why use replay mode?

Use the replay mode can be beneficial to every player, viewing the parts that we play can allow us to become more easily aware of their mistakes so as not to repeat them again. Indeed, watching the duels that we lose can be used to see why we lost, why the opponent was stronger and thus improve.
It can also be useful for youtubers who play a great game, but unfortunately forgot to record it.

It is possible to set different camera effects such as exposure, aperture, focus distance or even focal length. This allows you to create camera effects to obtain stunning results. 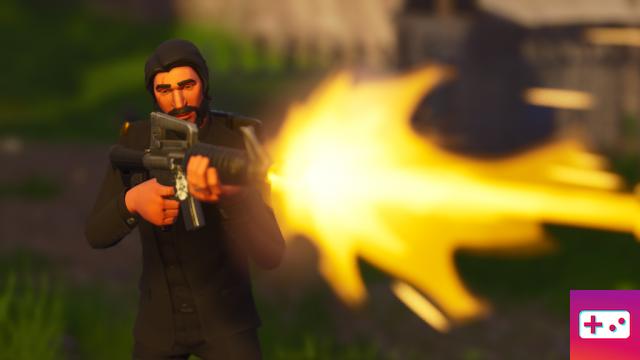 The replay mode has only just been released the community has already shown that it is capable of doing impressive things. And it is very likely that in the coming weeks much more amazing creations will be unveiled, it remains to be seen what the community will do with this mode.

How does it work ?

To access the replay mode, simply go to the "career" tab then "replays". Once in this menu all your parts appear and you can choose to read it, rename it in order to save it or delete it.
Once a replay has started, you will come to this screen. 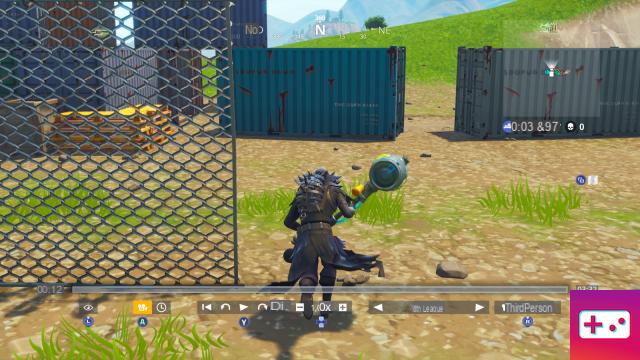 Give effects to the camera

Toggle between play or pause, navigate through the video and increase playback speed

Choose the player who is followed by the camera


Anyway the replay mode was eagerly awaited by the players of Fortnite: Battle Royale, and, in view of the possibilities it offers, it is possible that the community will find a lot of things to do with this mode. And, after seeing that it was possible to review its parts, is it possible to see the games of other players with a spectator mode ? It remains to be seen what the community as well as Epic Games will do with this addition.
Audio Video Fortnite: Introducing replay mode!
Fortnite: Chip 53: Participate in lifting the disco ball in an abandoned mountain villain's lair, Decryption Challenge ❯