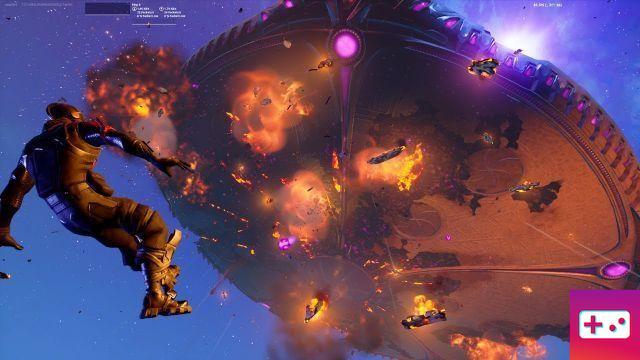 If you missed the September 12 event on Fortnite, don't panic, we suggest you relive it, as if you were there. This September 12, in the evening, was held a special event on Fortnite, given that it marked the end of season 7 of chapter 2 and normally the departure of the aliens and all other threats. Unfortunately, not everyone was able to participate or follow live the actions carried out by the players, under the direction of Slone. Rest assured, it is possible to rewatch the Operation Celestial Fire event.

As you can see below, the infiltration initially went as planned, but very soon the plans were thwarted, as a cube appeared and upset everything that was put in place.

After various actions, the mother ship did explode, but the Fortnite island is not safe, given the fact that several cubes have crashed... Of course, these are far from harmless , as strange creatures come out of it, terrorizing everything in its path, as we saw in the trailer for this new season.


Following these events, the Fortnite servers were offline for several hours, until the morning of September 13, when it is again possible to start a game, while discovering the many new features of this season 8 The latter is also called Incubation.
Audio Video Fortnite: Relive the end of season 7 event
Fortnite: Rox and Sentinel, the new evolutionary skins of season 9 ❯

add a comment of Fortnite: Relive the end of season 7 event