Fortnite: Wolverine, how to get his skin, all the challenges 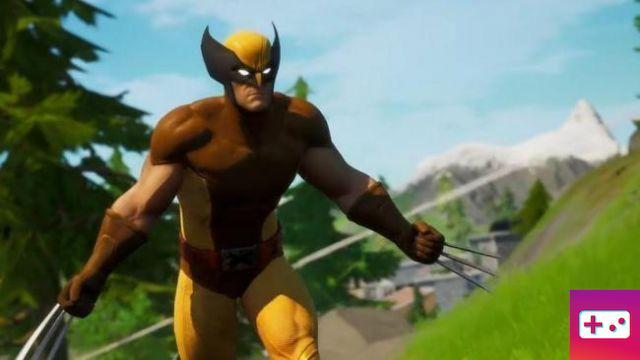 The star character of Fortnite Chapter 4 Season 2 is the superhero Wolverine, who obviously has his own skin. We explain how to recover it. With the new season of Fortnite which was launched on August 27, 2020 by Epic Games, a plethora of new features are offered to players, including, of course, cosmetics. One of them is, of course, a star character that's a direct sequel to Deadpool and Aquaman. Still from the world of superheroes, this time it's from the Marvel universe, with Wolverine, alias Logan.

How to get the Wolverine skin in Fortnite?

Above all, you must be the holder of the battle pass to get your hands on the skin Wolverine. As in previous seasons, a challenge will be available each week, allowing, once they are all validated, to recover the superhero's outfit. Like Deadpool and Aquaman, a variant will be available in week 6, to be recovered, once again, through a challenge to be completed.

As explained above, a total of six challenges must be completed. Since some will be more complicated than others, we are listing them below, with the guides that go with them, so that you do not waste time in validating these challenges, and to be sure not to miss them. forget none.

Little trick, click on the name of the challenge to be redirected to the guide in question.
If you are the owner of the Battle Pass, do not hesitate to do these challenges in order to leave with the wolverine outfit, which cannot be recovered any other way.
Audio Video Fortnite: Wolverine, how to get his skin, all the challenges
Search 2 chests within 30 sec of each other, Full Speed ​​Challenge, Season 10 ❯

add a comment of Fortnite: Wolverine, how to get his skin, all the challenges