Fortnite: Kakashi Hatake location, where to find the NPC?

Author and references
A new character, straight from the Naruto universe, appeared on the island on November 16, Kakashi Hatake. Find its location and questline. Kakashi hatake is indeed one of the new characters of Fortnite, arrived following the partnership with Naruto, which began on November 16. If the in-game events are currently non-existent, since it is mainly about the marketing of skins, a character has still been introduced, as an NPC. In addition, a special weapon, the explosive scroll kunai, is also coming, and can be purchased from our dear Kakashi hatake.

Where to find Kakashi Hatake in Fortnite?

If you don't know where to find Kakashi hatake, who is the NPC #28, be aware that you will have to go near Misty Meadows, north of the lake. Kakashi indeed walks in the area north of the lake, east of Lazy Lake, not far from the passage of the stumps, a notable place well known. You can of course find the location of this place on our map below. 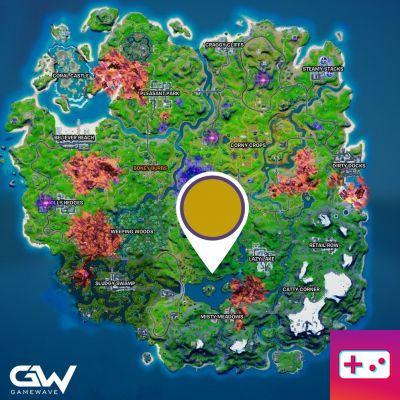 When you talk to him, you will have five small challenges to complete, allowing you to recover even more EXP. here is the list challenges for Kakashi Hatake :
These challenges are not very difficult, as you will have noticed, especially since the latter provides you with two important elements to achieve them, in exchange for your gold.
Audio Video Fortnite: Kakashi Hatake location, where to find the NPC?
Fortnite: Location of bosses (guardians) in season 6 ❯

add a comment of Fortnite: Kakashi Hatake location, where to find the NPC?