Play the score on a giant piano, Madness of Dance Challenge, Season 10

Author and references
For this sixth week of Fortnite season 10, players will simply have to play the score on the previously visited giant piano in the Prestige formula of the Dance Madness series. This tenth season of Fortnite offers, every Thursday, a new series of challenges to do for the first time in normal and, once finished, in Prestige, granting more rewards. This time, players who have the Battle Pass will be asked to play the score on a giant piano. The latter is not unknown to players of the Battle Royale of Epic Games since it was asked to go there during a standard challenge of the same series.

In order to complete this challenge, all you have to do is go to the piano located near Lonely Lodge. His location is southeast of the locality, near a tree in front of which a pile of stones is present, and of course, the grand piano is at its foot. A desk is behind it with a sheet of music paper on which the notes are drawn C, E, G, E et C. In order to complete the challenge, just play the score in order by stepping on the keys of the keyboard.

To facilitate your research, we have indicated the exact location of the grand piano to which you are asked to go, in the east of the island, to then play the score there. Be careful though, the notes exist in two versions, circular notes or square notes. 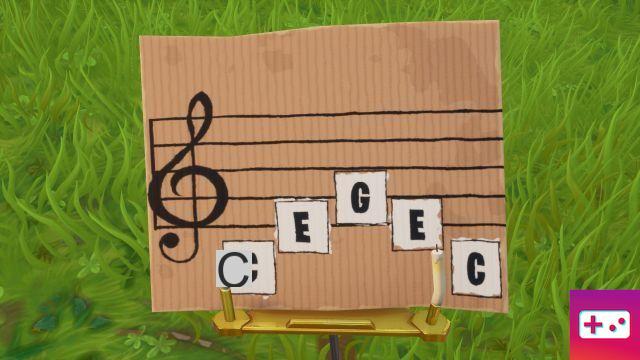 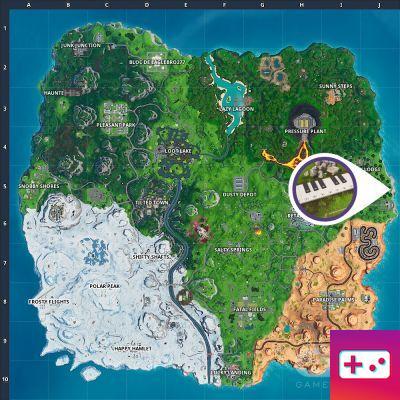 add a comment of Play the score on a giant piano, Madness of Dance Challenge, Season 10