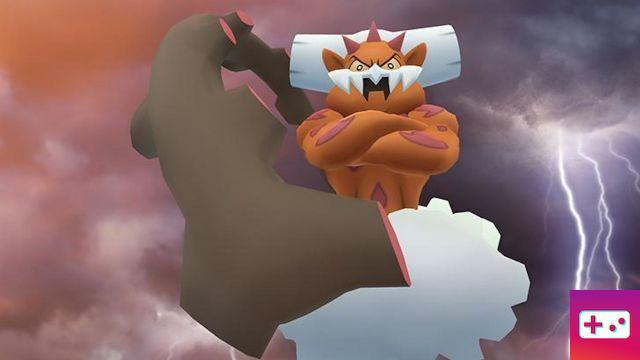 If you want to catch the best Pokémon in Pokémon Go, you are going to have to participate in raids. These are challenging events that pit you against a variety of your favorite monsters alongside your friends, giving you a bunch of rewards if you succeed. You'll also have the chance to catch the monster you fought, making this a great method of tracking down more elusive monsters.

Raids take place at Gyms and require you to have a Raid Pass, which you can get once per day by visiting a Gym, to participate. There are five different levels of Pokémon Go raids, with the highest giving you the chance to receive a Legendary Pokémon.

If you find raids intimidating or just want a little more information before you start exploring them, we've prepared this guide for you. We'll outline everything you need to know about Gyms, including the different types, how you can participate, and what rewards you can expect, in the guide below. By the time you've finished reading it, you'll be a raid master.

Everything you need to know about Pokémon Go raids:

What are raids in Pokémon GO and how do they work?

Raids are multiplayer events in Pokémon Go that challenge you to battle powerful monsters in exchange for exclusive rewards. Each raid has a level from one to five, with the lowest levels being the easiest and the highest being the most difficult. You can fight easier raids on your own, but you'll need to work with the community to participate in more difficult raids.

Here's how to start and end a Staged Raid:

How do I get Premier Balls?

Premier Balls are exclusive to Raids and are the only type of Poké Ball you can use to try and capture the Raid Boss if you manage to defeat it. You cannot collect Prime Balls using ordinary means, and you will instead earn a set number based on the following factors:

So, as you can see, it is possible to earn a good number of extra balls by paying attention to the above.

How can I increase my chances of capturing the raid boss?

Even with the maximum number of Prime Balls at your disposal, you're still not guaranteed to catch the Pokemon; especially if it's a legendary at level five. If you want to significantly increase your chances, you will need to use a Golden Berry.

Luckily, Golden Berries are a reward for defeating raid bosses in the first place, so if you raid often you should have plenty on you to increase the chances of capturing the boss.

Here's a roundup of other things you can do to increase your chances of catching a tough raid boss:

What are the rewards for completing a raid?

Besides the chance to catch a really powerful Pokémon, you also get several other rewards for successfully completing a raid:


What is Raid Time?

Raid Hour is a weekly event that increases the number of Legendary Raids available between 18:00 PM and 19:00 PM in your local time zone. Provided your nearby Gym does not currently have an active Raid or an EX Raid scheduled during this time, a Legendary Raid will trigger during this hour.

Although Raid Time was temporarily canceled due to Covid-19, it is now back and you can use Remote Raid Passes to participate.

What is an ex raid?

Ex raids have been canceled until further notice due to Covid-19.

EX Raids are a special raid type only available to those who have received an invite. To participate in an EX Raid, you will need an aptly titled EX Raid Pass, which you can get as a random reward for completing a large number of raids.

EX Raids differ from regular Raids in that you'll be up against a much more powerful Pokemon and have to bring lots of friends into battle. As a reward, you'll have the chance to add one of the rarest Pokémon to your collection. Here is a list of Pokemon that have appeared in an EX Raid so far:

To increase your chances of getting an EX Raid Pass, you can follow these steps:

Once you have an EX Raid Pass, an EX Raid will be scheduled at a nearby eligible Gym. You can then invite your friends in Pokémon Go to join you from the EX Raid Pass screen. Only Ultra and Best Friends can join you in an EX Raid.


How does Remote Raid work and how can I raid from home?

The Remote Raid Pass is a brand new item that lets you raid from the comfort of your home. Niantic presented it with a Pokécoin bundle, which provides three for a single Pokécoin, and they are also available for purchase in the store individually.

Here's how the Remote Raid Pass works in Pokémon Go:

Niantic has also detailed a number of upcoming changes that will follow after the launch of the Remote Raid Pass:

If you want to know more, we've kept a rolling list of every Pokémon Go update that you can read to learn about all the recent changes to the game.

If not, how have the raids been affected by the Covid-19 lockdown?

Due to the lockdown measures many of us are facing right now to limit the spread of Covid-19, Niantic has made some pretty fundamental changes to how Pokémon Go works. You can check out a full breakdown of those changes in our guide on how to play pokemon go at home.

Here is a detailed breakdown of how these changes have affected raids:

add a comment of Pokémon Go raid guide: everything you need to know