When is Blastoise coming to Pokemon Unite (leaks and rumors) 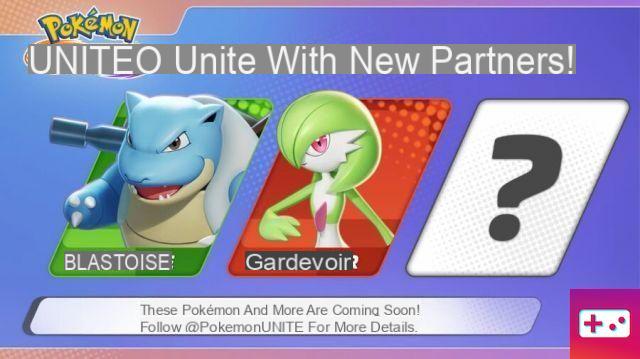 Blastoise is the next Pokemon coming to Pokemon Unite that will complete the Gen 1 starter trio alongside Charizard and Venusaur. As of now, there is no announced release date for the water-type turtle Pokemon.

What is known is that Blastoise will be a Pokemon defender, making the defender the second role to receive a new Pokemon after the release of attacker Gardevoir. As a defender, Blastoise will likely exhibit high stamina and support while his mobility will be lacking.

Blastoise's moveset was also reportedly leaked. The Pokemon will feature a melee attack while it uses water-based long-range attacks as abilities. Supposed leaks suggest that Blastoise will have these moves:

As of now, Blastoise does not have an official release date. Gardevoir, the previous character added, was released on a Wednesday in late July. Players could see a similar release at the end of August and would adjust to a monthly cycle of adding new Pokémon to the game.

Audio Video When is Blastoise coming to Pokemon Unite (leaks and rumors)
When does Pokemon UNITE season 2 start? ❯