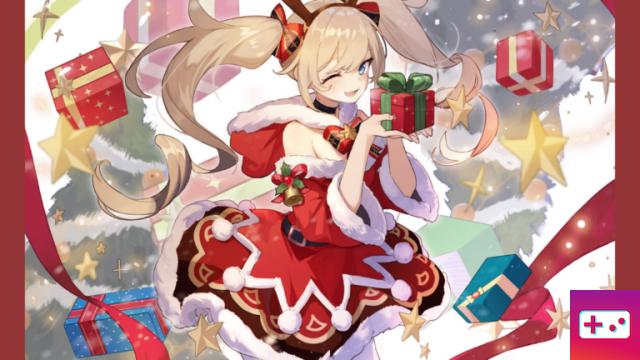 Do you remember the locker room from Genshin Impact? You may have opened it once to change your paraglider for a more sophisticated model, but forgot about it. However, with recent leaks announcing the arrival of new character costumes in the game's 1.6 update, the Dressing Room feature is about to see a lot more use!

Costumes and skins in Genshin Impact 1.6

Note: As always with leaks, these details have not yet been confirmed and are subject to change.

Similar to the housing system, miHoYo has been working on implementing a character costume system for some time. Barbara and Jean are said to be the first characters to receive new skins. Their tropical-themed outfits suggest the new costume system will be introduced this summer, which could be as soon as the 1.6 update in June.

There is currently no further information on how to obtain these costumes, although it looks like Barbara's "Summertime Sparkle" outfit may be given away to players for free. Project Celestia has provided images of these costumes below.

According to Genshin Report, it's possible that famous adventurer Alice (Klee's mother) will finally make her in-game debut to introduce the costume system. Although she does receive some dialogue, it's still unclear if Alice will make a physical appearance.

In anticipation of this upcoming addition, fans have already started creating their own costume ideas for other characters. If you see any new Zhongli skins floating around, just keep in mind – no matter how cool it might be (and it looks cool) – that only Barbara and Jean have been confirmed in the game so far. getting new outfits.

There is currently an ongoing survey that Genshin Impact players can take to indicate which character designs they prefer. Be sure to log in and check your mailbox to take part in the in-game character aesthetic preference survey before the link expires on May 13. You'll earn 30 Mora for taking this survey, and you can even watch your favorite characters claim the next official costumes!


If you've ever wondered "Which Genshin Impact character are you?" Find out by taking our brand new quiz. Don't forget to check out Genshin Impact 1.6 Leaks, News and Release Date and Genshin Impact: When is the next banner coming? for more information on all upcoming content.

add a comment of All costumes and skins coming to Genshin Impact 1.6