Nicknamed "Queen of the Summer Festival", talented pyrotechnician Yoimiya makes the most spectacular fireworks in Inazuman. Besides lighting up the night sky, she is also known as the "heroic sister" among the children of Inazuma. If anyone is having difficulty, Yoimiya is the first to offer a solution. 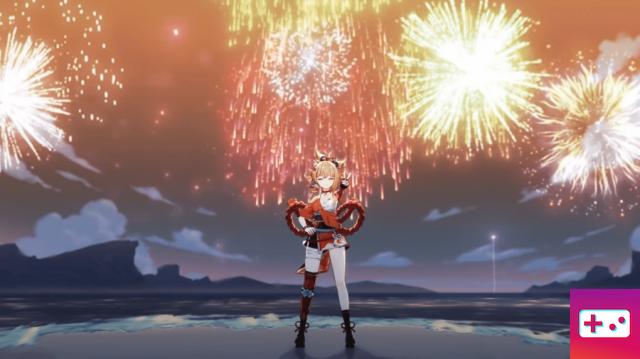 Yoimiya, true to her nature, can take on many different roles depending on how you want to use her. She can easily be built for primary DPS and dominate the field with her Pyro AoE attacks, but she also works well as a sub. -DPS and even powerful support character.

Yoimiya is extremely graceful and fun to watch. Even his normal attacks cause him to flip and spin through the air, and his talents (inspired by fireworks, of course) are as visually appealing as they are dangerous to enemies.

We recommend equipping Yoimiya with Thundering Pulse, the five-star bow featured in Epitome Invocation. Although this arc is electro-themed, its traits will greatly increase Yoimiya's overall strength.

Thundering Pulse (Basic Attack 46) increases Attack by 20% and rewards the active character with up to three Thunder Emblems as various attacks hit enemies. These thunder emblems increase normal attack damage in increments of 12/24/40%.

Other weapons recommended for Yoimiya include:

The best artifact set for Yoimiya is Shimenawa's Reminiscence, which can be obtained from the Momiji-Dyed Court on Yashiori Island, Inazuma. The set's 2-piece bonus increases attack by 20%. The 4-piece bonus, when casting an elemental skill, sacrifices energy to increase normal, charged, and dipping attacks by 50% for 10 seconds.

If you'd rather prioritize Yoimiya's elemental damage to her attack, equip her with the Crimson Witch of Flames set instead. You can get this set in Zhou's Hidden Palace (Wuwang Hill, Liyue). The 2 piece bonus increases Pyro DMG by 15%. The 4-piece bonus increases Overload and Burn damage by 40%, and Vapor and Melt damage by 15%. 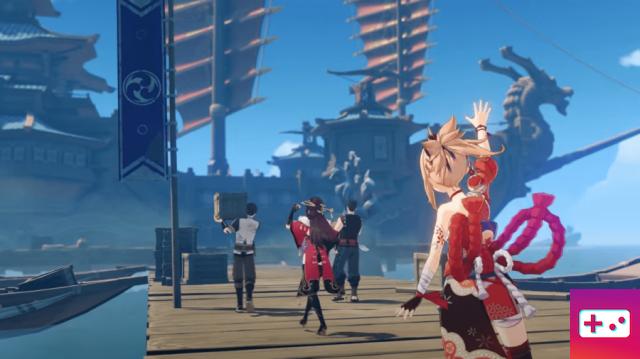 If you shot Ayaka during "The Heron's Court" event wish banner, consider pairing it with Yoimiya. Cryo and Pyro create the melt effect, which deals increased elemental damage to enemies. Another great Cryo choice is Qiqi, as she doubles as a healer, but F2P Kaeya works just as well.


You can also overload enemies by combining Electro and Pyro. Overcharged status causes a Pyro AoE explosion, dealing a lot of damage in a short time. Swap out an Electro character like Fischl or Razor to set the stage for an Overload takeover.

Anemo causes a whirlwind reaction when combined with any other element, pushing that second element's effects further out in the field. Use characters like Kazuha, Venti, or Sucrose to maximize the extent of Yoimiya's reach.

Read about Inazuma and upcoming events in The Immovable God and the Eternal Euthymia: Genshin Impact 2.0 Patch Notes. We've also got you covered on the upcoming Genshin Impact banner and codes to redeem for in-game gifts!