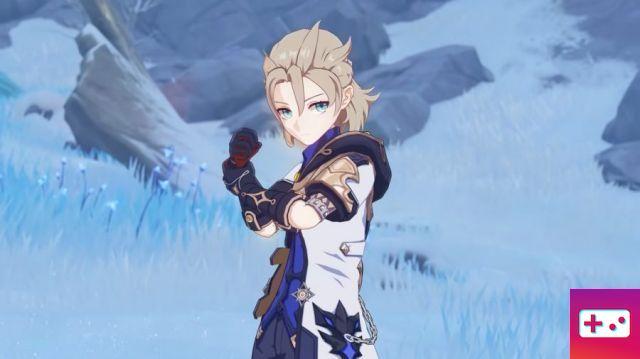 With Genshin Impact 1,2 weeks away, if what miHoYo says is true, it should be December 23rd. The last banner had the last two characters from version 1.1, Zhongli and Xinyan. When this ends, we think it's certain that one of the two new confirmed characters will take the helm, but will it be 5 star Albedo or Ganyu?

Albedo is a 5 star Geo user who wields a sword. He's in charge of Alchemy for the Knights of Favonius, and Sucrose is his assistant! Not much information is known about Albedo, at this time, but as the time nears its release, we will know more!

Hold down to designate the skill slot.

For Talent and Ascension materials for Albedo, check out our early farming guide for Albedo!

Want information on what Ganyu can bring to the table? Check Out Ganyu's Skills Guide!