A brand new character might be released for Genshin Impact 1.3, and their name is Hu Tao! Hu Tao was leaked along with a number of other characters not too long ago! 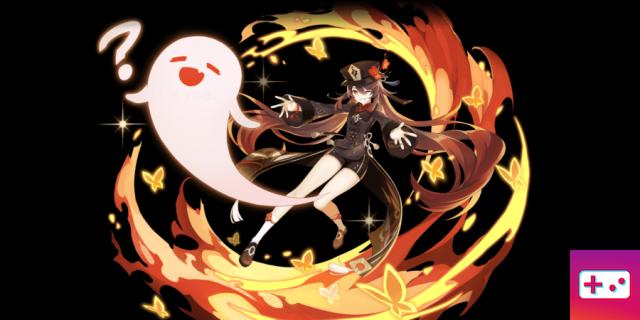 Hu Tao is a 5 star Pyro user who uses a gun. Hu Tao is rumored to be coming in Update 1.3, but as always, take it with a pinch of salt.

Hu Tao is the 77th director of Wangsheng Funeral Palor, she took over the business at a rather young age.

Thanks to Genshin Honey for this information.

Guide to the afterlife

Hu Tao consumes a set portion of his HP to know the surrounding enemies and enters the state of Paramita Papiliopo.

Hu Tao commands the Blazing Spirits to attack, dealing Pyro damage in a large area of ​​effect. When hitting the enemy, regenerates a percentage of Hu Tao's max HP. This effect can be triggered up to 5 times, depending on the number of enemies hit.

If Hu Tao's HP is 50% or less, when an enemy is hit, damage and HP regeneration are increased.

If you are looking for Genshin Impact 1.3 update information, check out this article! Stay up to date with upcoming banners and keep an eye out for our Genshin Impact codes to get free goodies!

add a comment of Genshin Impact | Skills, ascension and constellations of Hu Tao