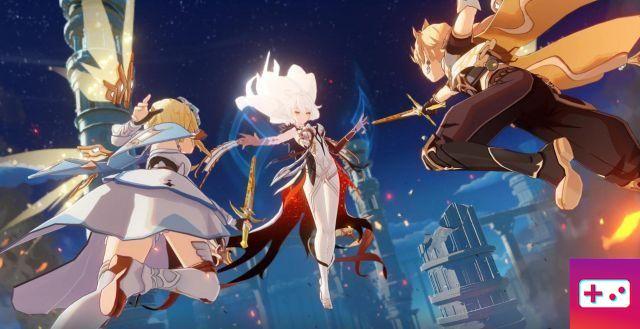 Materials are essential to acquire in Genshin Impact, and the Chaos Device is one of them in the open-world action-RPG. However, the bosses known as Ruin Guard and Ruin Hunters must be killed to obtain this loot! It's a good idea to pick up everything you see, as you never know when it might come in handy. A newly unlocked 5-star character may need it for their Ascension character. Luckily, the Chaos Device is not necessary for ascending characters, but alas, it is beneficial for use in the realm of alchemy and weapon ascensions. For those looking for where to find Chaos Devices, you're in luck, because we'll tell you what they do and where to find those giant Ruin Guards/Hunters that drop them!

Where To Farm For The Chaos Device

Where to find Ruin Guards

Once on the Bosses tab of the Handbook, choose the region you want, then scroll down the list until you get to Ruin Guard. Then, in the lower right corner of the page, click Navigate, and on the map, it will show you where to find a Ruins Guard. The best thing about it is that even after killing the targeted one, if you repeat the process it will show you another Ruin Guards location. Rinse and repeat.

Where to find Ruin Hunter

Ruin Hunters are located in the Liyue region. However, both ruin bosses drop the same things. It just allows you to kill more. Do the same process as the Ruin Guard, navigate to the Liyue region by accessing the drop-down menu at the top of the page, and find the Ruin Hunter in the list. Press Navigate, and that's it!


What's even better about using the Adventurer's Handbook is that it shows you the level of the boss you want to kill. By researching a certain level of Ruin Guard/Hunter, you'll know it's worth the kill. When all the Ruin Guards have been eradicated, proceed to the Liyue area and do the same process with the Ruin Hunters!

You can randomly find Ruin Guards/Hunters on your travels to protect chests and such, but using the Adventurer's Handbook is by far the easiest method of finding them.

The Chaos Device's main purpose is weapon ascensions, and boy, there are a lot of them. When you upgrade a weapon to level 20, the weapon can be leveled up using specific materials. Then every 20 levels, another Ascension can take place. Fortunately, completely different materials are not needed for each level of Ascension. Instead, you need the highest base material rank or higher.

Let us give you an example using the Chaos Device, the 5 Star Amos Bow. For the first 2 levels of Ascension, chaos devices are needed; however, the next 2 levels need Chaos Circuits, and the next 2 need Chaos Core. It's the same material but a higher rank each time. There are two ways to acquire the next level of items.

The first way is to acquire a large chunk of the base material, the Chaos Device, and then use Alchemy to change it to the next material rank.


The Alchemy method would take a huge amount of time to farm the necessary inferior materials.

The second method is to increase the level of your adventure passing rank 20. After rank 20, every 5 ranks increase the world level by 1. As the world level increases, the difficulty increases, the elite bosses, the world bosses and even normal enemies will have a higher level and be harder to kill. This also means higher rank materials will drop more often. The list below will show you what level the Ruin Guards/Hunters need to be to drop the materials you need:


As we said above, when a certain world level is reached, enemy levels increase, and by using the Adventurer's Handbook to locate these bosses, you can also see what level they are on.

12 Weapons currently use Chaos materials in their weapon ascension. Here is the list of these weapons:

add a comment of Genshin Impact: Where to Find Chaos Device Farm Locations and Ruin Guards/Hunters