Who are the Seven Archons in Genshin Impact?

The world of Genshin Impact is full of unique and mysterious characters, and each one is powerful in their own right. Members of the Adventurers' Guild and Liyue Qixing, for example, are able to protect the world from Abyssal interference and monster attacks. There are, however, in Teyvat beings more powerful than mortals: the divine Archons. Inheriting their power directly from Celestia, these beings are called the Seven and each rules over a nation of Teyvat.

Each Archon wields divine power and represents an ideal that shapes how they oversee their people. They are responsible for providing visions to ambitious mortals and have been heavily involved in guiding historical figures from Teyvat's past. But as influential and powerful as the Archons are, much of their background is shrouded in mystery. So, who are the Seven Archons of Genshin Impact? 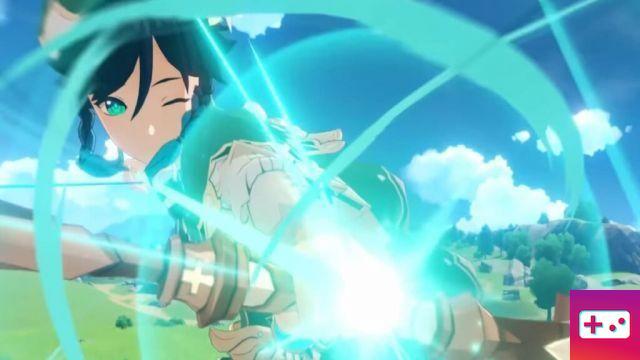 The drunken bard, Venti, began life as a simple wind elemental spirit during the Archon War. He befriended a young boy from Mondstadt at this time, who taught him to sing and play the lyre. These two remained friends for some time until the boy lost his life, an unfortunate victim of the nation's revolt against the god of storms, Decarabian. In an unexpected twist, the fall of the Storm God granted Venti great power as the new Anemo Archon, and he used this power to alter his appearance in honor of the friend he had lost.

As the god of freedom, Venti prefers to take a retreating approach with the nation of Mondstadt. He believes that the people of Mondstadt should be able to think and choose for themselves, not relying on the gods, and thus moved away from public view a long time ago. However, he has recently reappeared in Mondstadt as a traveling bard, singing tales of his exploits and drinking dandelion wine to blend in with mortals. He recently had his gnosis stolen by the Cryo Archon for unknown reasons. 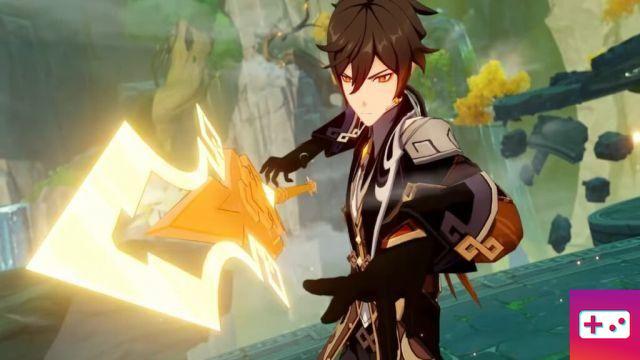 Zhongli is the oldest member of the Seven, being over 6000 years old. He lived through much of Teyvat's history, including the Cataclysm, and earned his Geo Archon status by participating in and surviving the Archon War. Before establishing Liyue and leading the Adepti, Zongli was also originally the co-ruler of the Assembly of Guili alongside the god of dust, Guizhong. The Guili Assembly was eventually disbanded, however, after Guizhong was killed in a brutal battle.

After years of leading the people of Liyue to prosperity, Zhongli has decided to step down and let humanity take control of his life in his absence. To this end, Zhongli faked his own death and began living among mortals as a consultant for the Wangsheng Funeral Home. He no longer has his gnosis, as he appears to have given it to the Cryo Archon as part of an as yet unknown deal. 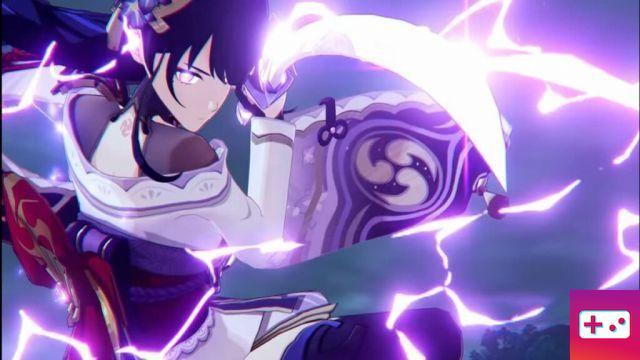 Baal's nickname was once held by a pair of twin sisters, Makoto and Ei. Makoto would act as the face of the Raiden Shogun, making public appearances and attending meetings, while Ei took on the role of Kagemusha, acting as the Raiden Shogun's blade from the shadows. The two sisters lived happily this way until the cataclysm struck, costing Makoto his life and forcing Ei to withdraw from the world. Ei was greatly affected by the loss of her sister and thus began experimenting with ways to make a copy of Makoto.

She created multiple automatons and set them aside, until there was an automaton worthy of acting as a vessel for the divine. Satisfied with her work, Ei then retreated to her plan of Euthymia, leaving to her creation the task of ruling Inazuma and the title of Raiden Shogun. Obsessed with fulfilling Ei's dream of an unchanging Inazuma, the Raiden Shogun then issued the Decree of Hunting Visions, claiming that visions and ambition are a threat to his ideal of eternity. 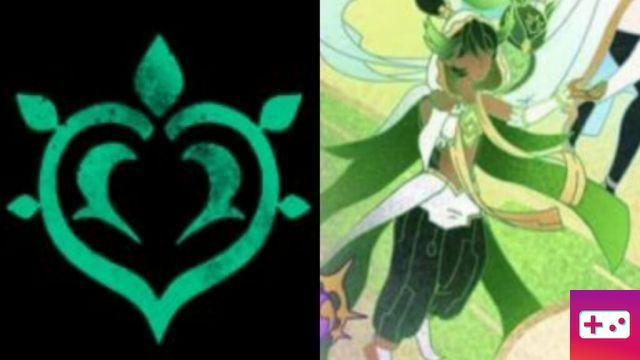 Kusanali is the current Dendro Archon and the youngest member of the Seven, being only 500 years old. The original Archon Dendro perished in Khaenri'ah during the Cataclysm, eventually leading to Kusanali's ascension to archon status. She oversees Sumeru and the Sumeru Academy, and is adored by her people, but little else is known about her past. 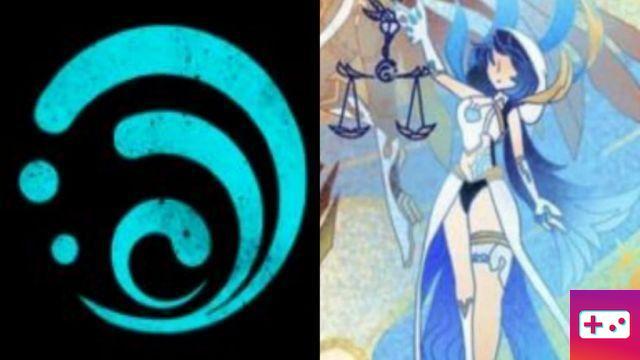 The God of Justice is the current Hydro Archon, residing in Fontaine. She places great importance on respecting the laws and respecting the courtroom, and asserted that only the Tribunal can judge anyone, including her. The God of Justice gained her status as an Archon after the previous Hydro Archon passed away, but not much is known about her yet.

Related: What is Snezhnaya in Genshin Impact? 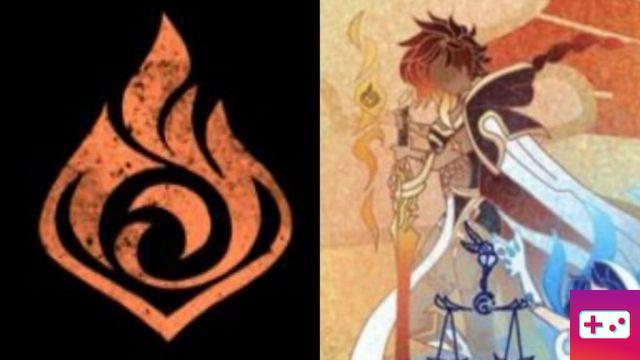 Murata is the Pyro Archon who oversees the nation of Natlan. She is described by Venti as being a capricious and warmongering wretch, and that ancient warriors used to perform battle rites and celebrate victories in her name. Not much else is currently known about the Pyro Archon. 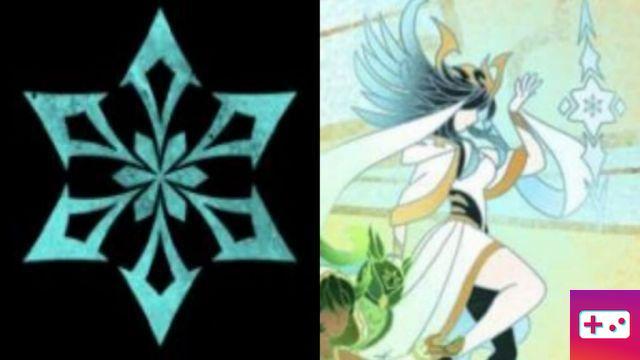 The Tsaritsa is the enigmatic and mysterious Archon Cryo, rising to godhood at some point before the Cataclysm. She created Fatui and his Harbingers, using them to enact her plan for divine vengeance from the safety of Snezhnaya. These agents are deeply devoted to him and never hesitate to enforce his will.

The Tsaritsa was involved in an unknown tragedy in the past, possibly related to the Cataclysm, which left her embittered and disillusioned with Celestia. She has since been described as a god with no love for her people, and they no longer have any love for her. The cryo archon is currently collecting gnosis from other archons and plotting a rebellion against Celestia, but not much else is known about him.

Only three of the seven Archons have been officially introduced in Genshin Impact so far, so be sure to check back here on Tipsforallgames for future updates as more Archons are revealed! Looking for more Genshin Impact content? Discover Who are the eleven Fatui Harbingers in Genshin Impact?

Audio Video Who are the Seven Archons in Genshin Impact?
Who are Sundrop and Moondrop in the FNAF Security Breach? ❯

add a comment of Who are the Seven Archons in Genshin Impact?