A wandering samurai of Inazuma, Kazuha hides his burdened heart under a gentle and unassuming personality. Since escaping from his troubled homeland, Kazuha has begun working with the Crux - Beidou's naval crew - and will guide travelers through the next Genshin Impact Archon Quest.

Kazuha is a five-star Anemo sword user, and his drop rate will be greatly increased for the duration of his "Leaves in the Wind" banner. “Leaves in the Wind” will be available on June 29 or June 30 depending on your time zone, and will end before the next major game update on July 21, 2021. 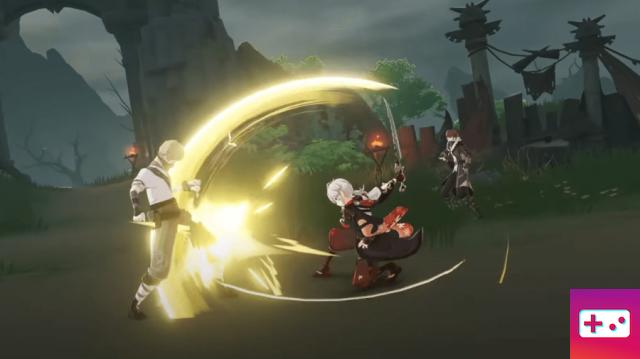 Kazuha can be used as a main DPS character, but is best suited for a sub-DPS role. While he can deal a lot of damage on his own, his greatest talents lie in boosting your entire team's Elemental Mastery. In fact, after unlocking Kazuha's First Ascension (Level 20), triggering her Elemental Skill and pairing it with another Elemental Attack will increase overall damage by 200%. Needless to say, Kazuha is an excellent team player. 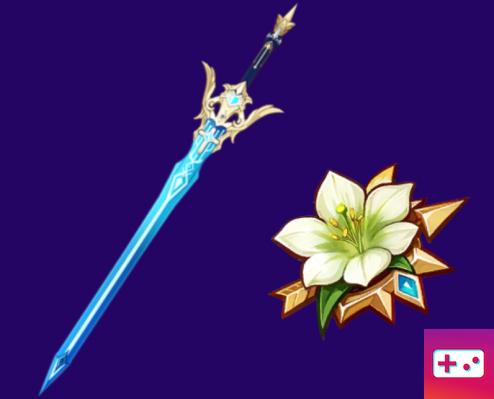 The five-star Freedom-Sworn Sword, one of two weapons featured in Genshin Impact v.1.6, was clearly designed for Kazuha. Passive sword abilities (which rely on elemental reactions) increase normal, charged, and dipping attack damage by 16% and increase overall ATK by 20%. Kazuha not only excels at boosting elemental reactions, but also contains a dive attack special move while his elemental skill is in effect.

Of course, not everyone will be able or willing to spend precious wishes on the weapon banner, Epitome Summoning, so here are some other recommended weapons that will work well for Kazuha:


The best choice of artifacts for Kazuha is the Viridescent Venerer set, which can be collected in the Valley of Remembrance estate (just southeast of Dawn Winery). The 2-piece bonus increases Anemo's damage by 15%. The 4 piece bonus increases the damage of Swirl (Anemo) by 60% while decreasing enemy resistances to the element infused in the Swirl by 40%. 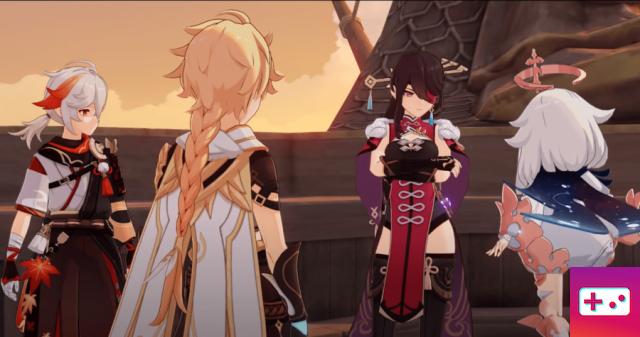 Anemo users are the most flexible Genshin Impact characters to form teams. While other elements only trigger a specific reaction upon contact with another type of element, Anemo activates the "Swirl" effect regardless of the element it encounters. "Swirl" also expands this element to affect nearby enemies, so you can cover more of the field in less time.

Due to the nature of Anemo users, players are free to try out Kazuha in all different team compositions. We recommend pairing Kazuha with characters who also have Elemental Mastery and are good at chaining powerful Elemental Reactions (like Beidou, who provides a steady stream of AoE Electric damage, or Mona, whose Elemental Burst applies "Wet" status to enemies and sets up for devastating elemental reaction attacks).

You might even consider adding Sucrose or another Anemo user to your party with Kazuha, as having two Anemo members increases your movement speed by 10% and reduces Stamina Drain by 15%. . Sucrose also has some nice elemental mastery perks if you want to build a team that fully embraces this tactic.

Read about Inazuma and upcoming events in our Genshin Impact 1.7/2.0 Leaks and Release Date article. We also have you covered for the next Genshin Impact banner and codes to redeem for in-game gifts!