Genshin Impact: Where to find the Cecilia 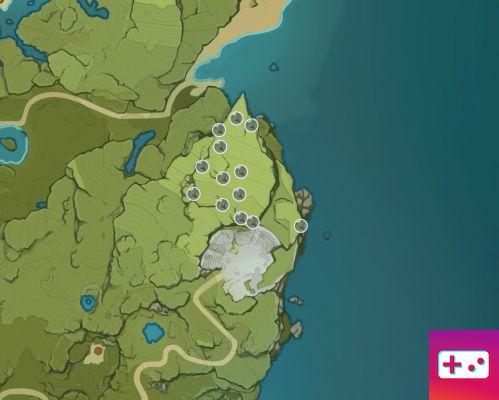 MiHoYo's Genshin Impact exploded in popularity; it has indeed become a monumental hit! With millions of people around the world trying it out, whether on PC, PS4 or even mobile devices. If you play casually, a few hours a day, logging in to do your daily quests, or maybe you're addicted and want to reach Adventure Rank 60 as fast as possible. Genshin Impact caters to all aspects of gamers around the world! If you've reached Adventure Rank 20, you'll no doubt have unlocked the Battle Pass, and one of the weekly missions is to find 100 local Mondstadt delicacies! One such local specialty is Cecilia, and we'll tell you where to find it and what it does!

The Cecilia is in the wilderness of the Mondstadt area, but the only place to find it is the Starsnatch Cliffs roundabout, which is just north of the Temple of the Thousand Winds. If you have the domain unlocked for Midsummer Court then this is the best place to fast travel to Starsnatch Cliffs, otherwise the Statue of the Serven at Starfell Lake or the fast travel point in Starfell Valley are next best plans to get there quickly. .

Thanks to Genshin Impact interactive map!

As a material, Cecilia doesn't have many uses, other than players who have unlocked Venti has a playable character. Each time Venti needs Ascension, Cecilia Flowers are needed and the amount needed increases with each Ascension, so a total of 168 Cecilia Flowers must be acquired to upgrade Venti's Ascension to the maximum!

add a comment of Genshin Impact: Where to find the Cecilia