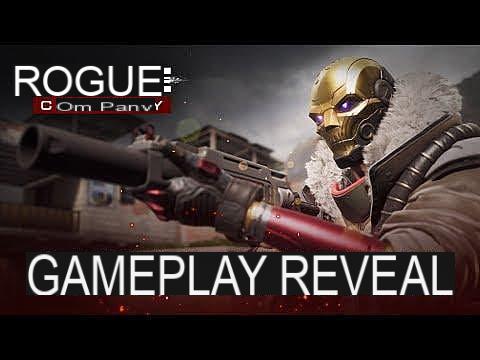 Hi-Rez Studios and First Watch Games have a new shooter on the horizon, and it's called Rogue Company. If you missed the initial reveal in 2019, that's OK. The new action-packed gameplay trailer above is the perfect way to catch up.

The third-person shooter pits up to eight players against each other in two game modes: 4v4 extraction and 2v2 wingman. It's unclear what objectives you'll have (besides killing other players), but hacking and defusing bombs seems to be a major focus.

Coming to PC via the Epic Games Store, as well as PS4, Xbox One, and Switch later this summer, Rogue Company will release in all regions on the same day, although an exact release date has not been provided.

Rogue Company will notably include cross-play for all these platforms. Scott Lussier, Lead Game Designer for Rogue Company, said:

Players should be able to play with their friends regardless of platform. Rogue Company is all about bringing together a huge community of guns and giving them gameplay depth to show off their individual style.

Coming from a studio full of veteran genre developers and a publisher known for its multiplayer offerings, Rogue Company aims to add a serious flair to the multiplayer shooter genre with a dose of tactical action and plenty of humor.

You can currently sign up for the game's alpha here. Stay tuned to GameSkinny for more Rogue Company news as it happens.