RollerCoaster Tycoon 3 Complete Edition is a funny thing. It's a game with a huge nostalgic fanbase and a ton of behind-the-scenes baggage regarding aggressive legal battles between then-publisher Atari and developer Frontier Developments. Originally released in the old days of 2004, RC3 followed in the well-trodden footsteps of its predecessors to create the ultimate PC theme park simulation.

The original RollerCoaster Tycoon was released in the near Mesozoic era of 1999, and the sequels and expansion packs that followed have mostly served to expand on a good thing. In fact, a lot has happened since then in the world of virtual theme parks. Many of these things are actually by Frontier itself, which has since made several great theme park sims of all kinds.

The main appeal of this comprehensive edition is nostalgia. For older PC gamers, some might notice that this is basically just the Platinum Edition (from 2006) with the Atari branding removed and a default resolution of 1080p. For Switch gamers, of course, the situation is a bit more confusing.

The problem with RCT3 is simply that it looks and feels like a 16 year old game. The graphics are quaint, low-poly, and have a certain charm, but also look a bit muddy and low-key for a game fixated on every little detail. That said, it's not an ugly game, and the character designs have a distinctive, almost 70s cartoon vibe.

The big problem is simply that the interface looks like an old PC game. Even on the Switch, where the interface has been adapted to be largely based on radial dial menus, there's a steep learning curve to master park building. Where modern park-building games have cleverly evolved into near-seamless laying of things like fences, roads, tracks, and other features, RCT3's clunky submenu method of clicking directional arrows and individual points on the game world seems totally outdated. 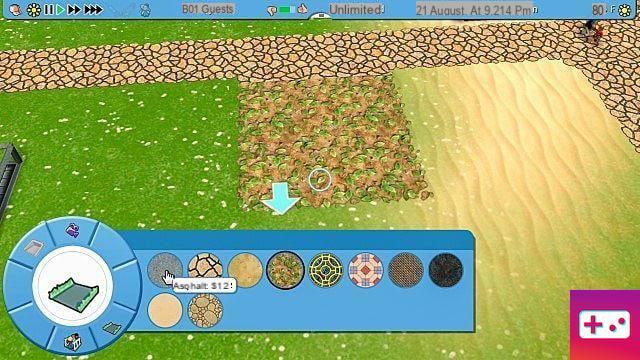 Players who put hours into the original will likely feel right at home, but anyone outside of this group will need to spend a lot of time developing. The entire interface has a distinct look to early Windows that has long since been superseded by better games.

However, if you get over the hump, Rollercoaster Tycoon 3 Complete Edition undoubtedly offers players a ton of content to play with and a wide range of ways to do so. The base game is massive, with tons of customization options, and the water park and jungle expansion packs nearly triple the content.

It's not just a roller coaster design kit, although there are those too, but a theme park ecosystem builder. The campaign mode teaches the basics and gives a wide range of objectives and challenges for building and managing the park. Sandbox modes allow you to choose any setting and go crazy. Then there are the standalone creation tools that allow users to create dream coasters, buildings, even people that they can import into their parks.

RCT3 certainly feels a little more comfortable with a mouse and keyboard, but the Switch port, when learned, does a friendly job of getting players to become lord of the park. Not using the Switch's touchscreen is a little annoying, but overall it works. 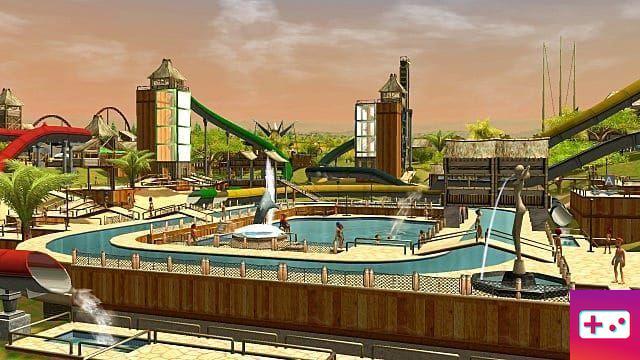 The downside is that sim creation games have come a long way since 2004, and RCT3 feels very dated as a result.