Marvel's Spider-Man Easter Eggs: All the Secrets and References 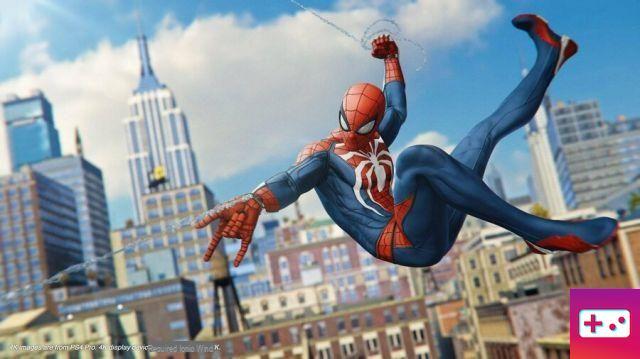 In this part of our Marvel's Spider-Man Guide, we'll be looking at all the secrets and references in Insomniac's exclusive PS4 open world. Spider-Man's legacy dates back to 1962 with his first appearance in a Marvel comic book, so the potential for Easter eggs and references in Insomniac's new hit game was still very high. Thankfully, the studio delivered, packing Marvel's Spider-Man jam-packed with all sorts of stuff, including other Marvel properties and more. Here's a quick rundown of the Easter eggs and references we noticed during our time with the webhead's exclusive PS4 adventure.

Warning: there will be spoilers ahead. 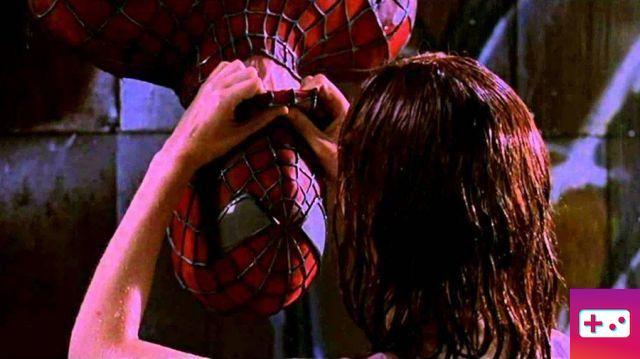 "Are we going to kiss now?"

Very early in the game, as Spidey captures Wilson Fisk upside down in his webbing, he suggests they squint - it's a direct reference to the famous kissing scene from Sam Raimi's original Spider-Man movie. 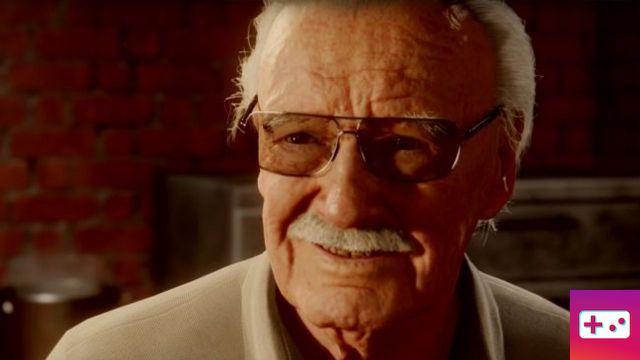 Spider-Man co-creator and Marvel figurehead Stan Lee makes small appearances in almost every Marvel film, and he pops up near the start of the game after Peter and MJ talk to each other at a dinner party. 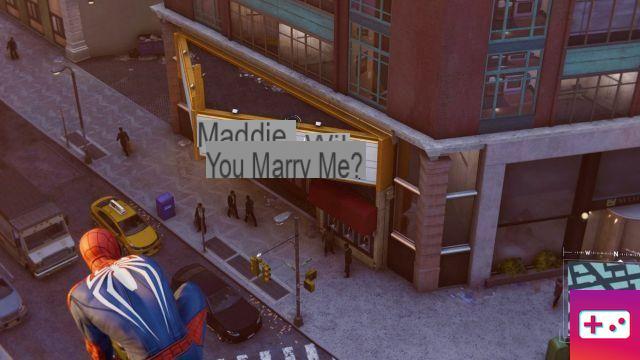 Maddie, will you marry me?

This infamous Easter egg has gone viral as it was revealed shortly after Marvel's Spider-Man was released. A fan reached out to Insomniac to include a proposal message to his then-girlfriend, and the developer kindly agreed. Unfortunately, it turned out that the girlfriend left the fan for her brother a few weeks before the game was released. Awkward. 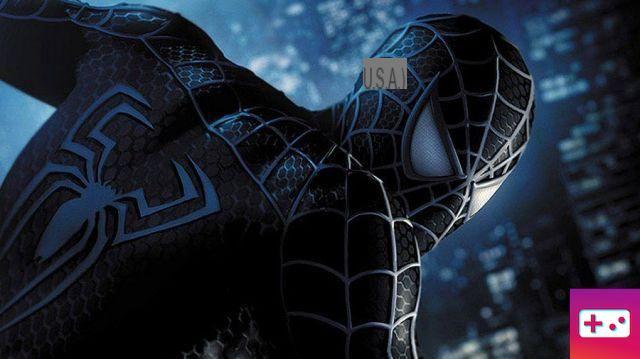 During an early cutscene, Spidey talks to Yuri, joking that they're attending the police ball together. She says, “Unless you have a black and white suit,” which refers to the Symbiote Suit, the outfit Spider-Man wears during stories involving Venom. 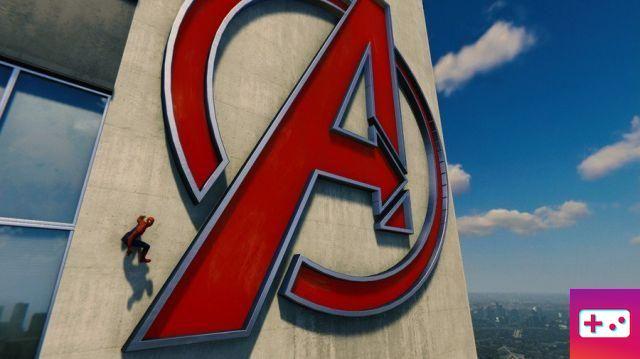 Various buildings from the Marvel Universe

We all know Avengers Tower is in Marvel's Spider-Man, but there are a ton of other landmarks from all kinds of Marvel stories. There are embassies for Wakanda and Symkaria (homes of Black Panther and Silver Sable respectively), Dr. Strange's Sanctum Sanctorum, Empire State University, Fogwell's Gym, Damage Control HQ, and many more. 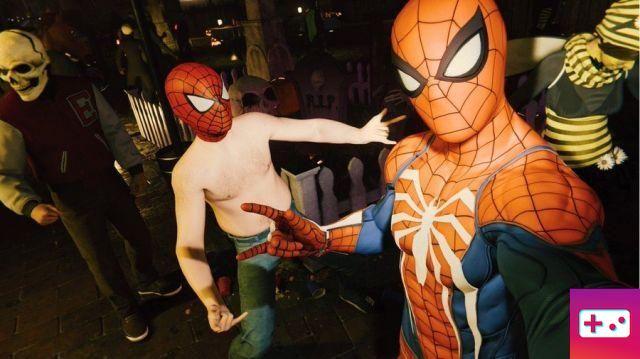 Kinda Funny Games' Greg Miller was extremely excited for Marvel's Spider-Man, so much so that he created an alter ego. Wearing a Spidey mask and no shirt, Miller became known for asking Insomniac "Is it September 7th already?" while posing in her revealing outfit. It clearly left an impression, as he is in the game on a college night. 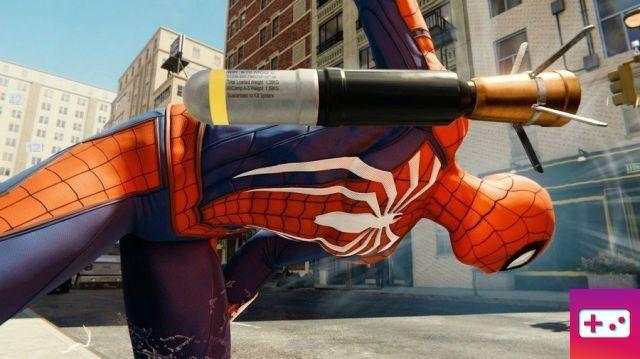 Attention to detail is insane in Marvel's Spider-Man, and this is perhaps one of the best examples. Rockets that RPG-wielding enemies fire at you say "Guaranteed to kill spiders" on the side. 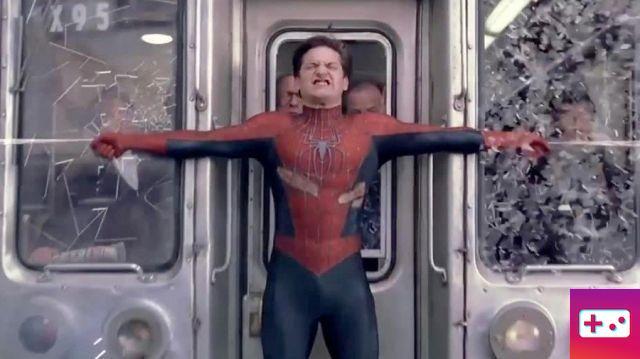 One of the most iconic scenes in Spider-Man 2 was the fight with Dr. Octopus on a moving train, and Spidey's effort to stop him when he speeds out of control. This scene is referenced during a cutscene later in the game when Spider-Man has to stop a subway train. He attempts the same strategy seen in the film, and when it fails, he comments, "It totally worked the first time." 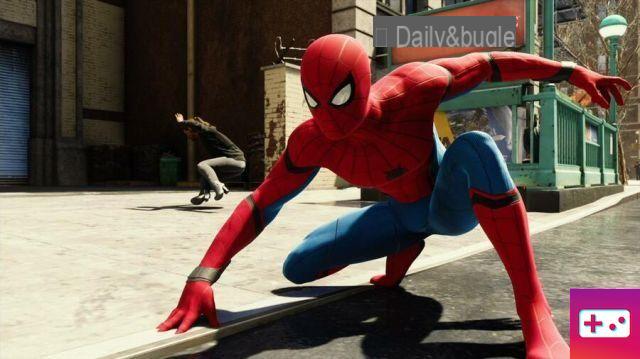 Costumes, Collectibles, and Side Missions

Marvel's Spider-Man is a treasure trove of Easter eggs, and many of them are most pronounced in the game's multitude of costumes, collectibles, and side missions. Spidey's alternate costumes come straight from his movies and comics, like the costume from Spider-Man Homecoming, or the Scarlet Spider outfit from the Ben Reilly comics. Backpacks reference everything from Spidey gadgets to other Marvel characters like Daredevil. Side missions often involve lesser-known characters, such as Phillip Chang and Screwball.

That brings us to the end of the Easter eggs, but check out our Marvel's Spider-Man guide for more on the PS4 exclusive. What Easter eggs have you discovered? Go to the comments section below and let us know.

Audio Video Marvel's Spider-Man Easter Eggs: All the Secrets and References
Gold on Clash Royale, how to manage the improvement of the cards? ❯

add a comment of Marvel's Spider-Man Easter Eggs: All the Secrets and References