Hot Wheels is one of the most ubiquitous toy brands in the world. For decades it has wowed young kids and adult collectors with elaborate tracks, fun original cars and thrilling licensed crossovers, but its video game adaptations have rarely served all of its fans.

Hot Wheels Unleashed is the first Hot Wheels game I can remember that in many ways feels designed to satisfy fans of all ages. His driving model is as precise and rugged as you'd expect, and his day one batch of cars is enough to get any longtime fan pumped like the boys in his commercial.

However, Hot Wheels Unleashed makes a serious mistake that extinguishes the flame of excitement and may instead leave many gamers spinning rubber in a slick tide of frustration.

When I played a limited preview of Hot Wheels Unleashed earlier this year, my biggest concerns were its poor music selection and an apparent lack of cars beyond the Hot Wheels originals. In the full game, both of these issues still exist – sort of. The music is still bad, and in less than an hour I've turned off his mix of what sounds like royalty-free rock. But the music is just incidental to so much else about this game, so that's forgivable in the end.

Its selection of cars, meanwhile, is actually much larger. With dozens of cars at launch, there's a nice mix of licensed cars from real manufacturers like Ford and Chevrolet, plenty of quirky and fantastical cars like Roller Toaster and Rip Rod, and its first major, albeit paid, vehicle expansion. will bring pop. culture cars from properties like Snoopy, Batman and Ninja Turtles.

So the problem isn't the lack of cars to choose from, it's how you're going to add them to your collection. Hot Wheels Unleashed features a fairly large campaign mode of over 80 races, and each offers two rewards, a base completion reward of in-game coins, gears for upgrading, blind boxes containing new specific cars or new cars and then a bonus reward for completing the extra goal. It's fun and fair.

Where the system breaks down is when the game halts your progress on its campaign roadmap with "secrets" that loosely refer to things you'll need to do to unlock further races. This system is so vague that during my exam I had to ask around what they even want me to do. It turns out that these secrets require you to complete specific races with specific cars to unlock the next chain of events. 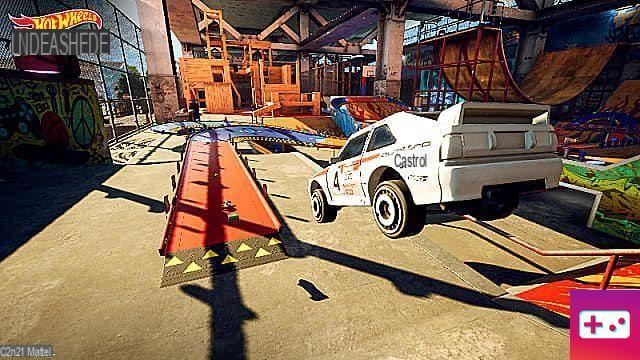 Unfathomably, this means you depend on a mostly random car unlock system to hopefully pull the cars you need. At one point early in the campaign, I ran into four or five dead ends because I didn't have any of the cars needed to perform their secret events.

You can either spend 500 coins (obtained from multiple races) to buy a random car, or check the in-game store for a few specific cars that pop in and out every few hours. But often these cost even more – up to 1 coins in my experience so far, which would take many races to win.

This system can and will slow the progress of anyone who plays the game at least once and probably multiple times. Frankly, I don't understand at all how this was put into the game. There are two solutions: either let me buy the car I need, or change the way secret events work. At launch neither is available and hopefully Milestone will see this and probably other reviews and implement a fix.

It's such a shame because the racing itself is great fun and captures the spirit of Hot Wheels very well. Boosting through loops, flying over huge gaps and drifting tightly around every corner to build your boost bar and pass the competition feels like wish fulfillment for every kid who's ever raced a pair of die-cast cars in their hands and imagined a much more elaborate scene.

Difficulty options ensure that players of all ages and skill levels can enjoy every race, and since each car has its own stats and rarity, it's fun to upgrade and improve them, although this system seems a bit slow and expensive too. 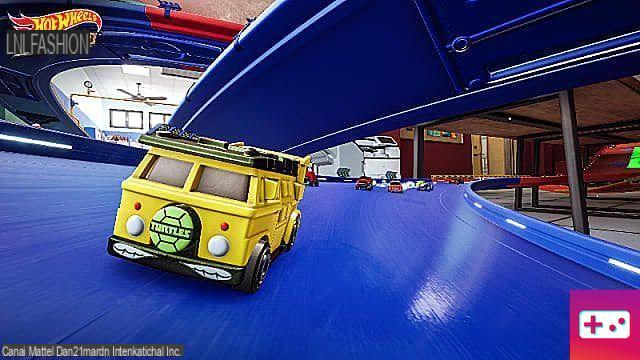 The biggest feature of the game is its track editor. Here, players can build their own Hot Wheels tracks by using orange and blue track pieces, bending them up, down, left and right, installing loops and ramps, and even placing some fantastic brand pieces, like a dinosaur that threatens to swallow runners or a spider that shoots webs on the track.

Players can share tracks online, as well as liveries for cars, so even if you're not one to use the creative suite yourself, you can enjoy the creations of others.

In my time with the Track Editor, I felt like I could build almost anything I wanted. The tool set might take some getting used to, but all the best ones do, and this one isn't as heavy as comparable toys in other games. It's worth mentioning, though, that many track editor unlocks are tied to campaign progress, so even here the flawed campaign unlock system rears its ugly head and gets in the way of the fun.

Also worth noting is how amazing the cars are in this game. I have hundreds of Hot Wheels cars in my house thanks to my son, and the models in the game are ridiculously realistic. Artistically, each captures the exact look of its counterpart, right down to the brushstrokes painted on each model, or the way light reflects differently off metal and plastic.

Imagining an alternate version of this game without the RNG-based roadblocks, I can feel that Hot Wheels Unleashed would be one of my favorite games of the year. With local and online multiplayer, a car garage worth racing, and a creative track editor, it's comprehensive and covers all the bases you'd expect from an arcade racer. It's just this obstructive unlocking system that brings everything down. 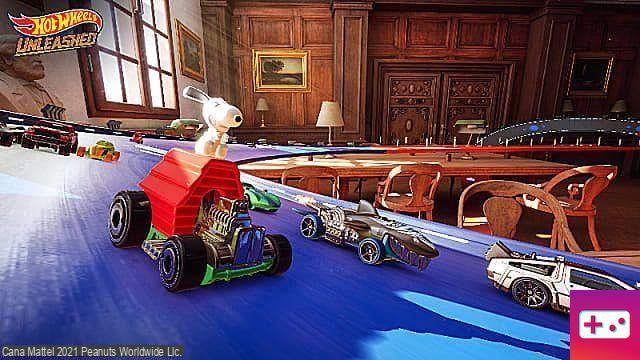 Hot Wheels Unleashed is a great racing game in all but one respect, but this one is so invasive and affects the game's best modes worse than anything that it really drags the whole game down with it.

Random unlocked cars are fine. A campaign containing secret events is fine. But the game's insistence that players use specific cars in specific events is where it all falls apart because very often you just won't get the cars you need, and that means you can't do nothing in the countryside.

If the developers fixed this system, I would fully recommend Hot Wheels Unleashed to fans of the brand or genre. But for now, the engine that powers this whole vehicle is flooded.

[Note: Milestone provided the copy of Hot Wheels Unleashed used for this review.]