How do you judge the success of a sequel? Are you stripping all of the context from the game, judging it on its own merits and resisting comparing it to its predecessors? Or do you take a more circumspect view, judging by the stance that to be successful, a sequel must go beyond what came before?

This isn't a rhetorical question, it's something you should be thinking about right now, because your answer to this question will greatly affect how you feel about My Hero One's Justice 2. 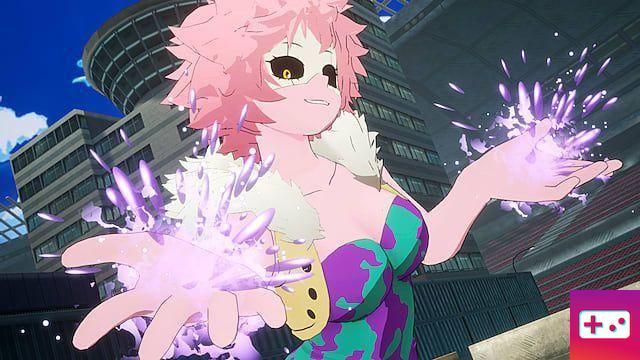 My Hero One's Justice 2 is about as straight from a sequel as you'll ever see. All of the characters from the original game return, along with a handful of new fighters, including fan favorites like Mina Ashido and Nejire Hado. There are also some unexpected but welcome additions in Kendo Rappa and Twice.

The story follows the anime, picking up where My Hero One's justice left off. This means that if you're looking to take this game as your entry point into the world of My Hero Academia, you should look elsewhere. This game works best and makes the most sense, if you see it as a complementary piece to anime and manga.

If you jump straight into My Hero One's Justice 2 without catching up on the series, you'll have plenty of moments spoiled for you - and even worse, they'll be spoiled for you in a way that doesn't have the emotional heft that anime does. and manga wear.

That said, if you're all caught up, there's no need to play My Hero One's Justice 1 unless you're a big fan of the early season My Hero Academia storylines. You really don't miss anything. 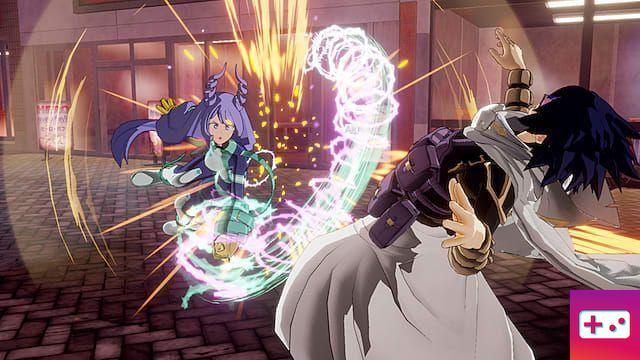 If you played the original, My Hero One's Justice 2 story mode will be very familiar to you. You'll play through the story of the show, first from the perspective of the heroes and then from the perspective of the villains, recreating iconic battles and moments, while meeting additional requirements that unlock customization items that you can slap on your favorite heroes and villains. Nothing really new there.

Arcade mode is also integrated into the actual game this time around, whereas it was added in a day one update in the original.

The only really fresh game mode here is mission mode, which is an oddly engaging mix of management simulator, survival mode, and board game. You'll pay in-game currency to recruit heroes and villains, then use them to fight your way through a game board on a health bar, collect scavenge items, and level up your characters as you go .

The conceit of mission mode is that you run your own hero agency, and at its best it actually feels that way. I would have liked, however, for the mission mode to be more fleshed out, to have more of a story-based course of action than just picking a board to clear, especially since that's one of the only real novelties of the title. 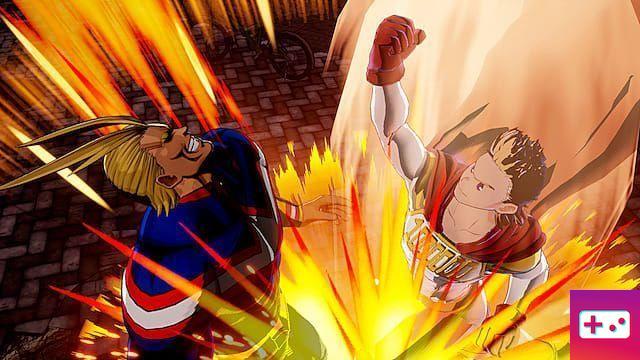 For better or worse, depending on how you feel, there's not much here that sets My Hero 2 apart from the original in terms of gameplay and mechanics. Most of the changes will go unnoticed, even by people who played the original.

Now, in my opinion, this is for the best in many ways.

The hilt and movement also feel much more responsive and less slippery. It's the kind of stuff that seems so secondary that I almost forgot it wasn't in the original game. The effects of these tiny changes are far-reaching, however, in how they dictate battles. Combat is more dynamic and faster now, with fewer opportunities for characters to get stuck.

The game also addressed one of my biggest issues with My Hero One's Justice by giving quirks more weight. New visual effects help differentiate characters, and many characters now have unique gadgets based on their quirks, like Sir Nighteye's Foresight which lets you see what your opponent will do before you do, and breakdance attacks and Mina Ashido's acid spray. corrosive damage over time.

A big part of the series' appeal is seeing these characters use their own unique abilities to come up with creative solutions to problems, and My Hero One's Justice 2 captures some of that spark. 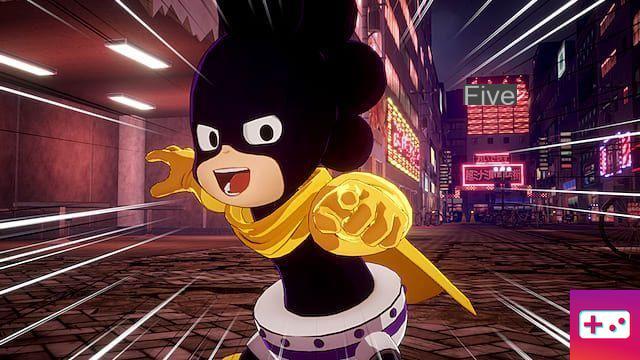 How much enjoyment you get from this game is directly related to how much you enjoy the series it is based on. Will you be satisfied with a slightly better fighting game than the still-good enough fighting game launched in 2018? Or will the fact that the game hasn't taken enough chances, enough big steps forward will frustrate you?

Make no mistake, My Hero One's Justice 2 is a good fun arena brawler on its own. Taken on its own, the game truly offers an incredible adaptation of the My Hero Academia franchise. The looks are spot on, the extensive character roster is a treat, and the incremental changes the developers have made really make a difference, even if they're hard to see at times.

[Note: A copy of My Hero One's Justice 2 was provided by Bandai Namco for the purposes of this review.]

add a comment of My Hero One's Justice 2 review&colon; Go beyond & quest;