Rebellion continues to support the spooky Zombie Army 4: Dead War one year after its release with all-new content including outfits, weapons, weapon skins, and charms. As the final piece of DLC before crashing Season 3 this year, the latest release wraps up the Death from Above storyline that began in October with the release of Damnation Valley.

Titled Dead Zeppelin, this new campaign mission tasks players with storming a zeppelin factory filled with the undead and sending them back to hell before they bring about the demise of mankind. You know, just another day at the office of Zombie Hunters Inc. 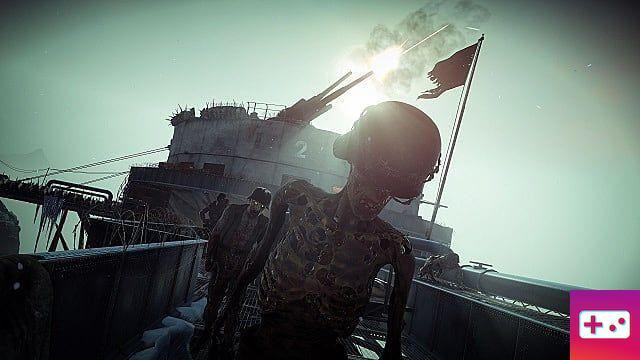 Rebellion has released a trailer that gives a gory look at the mission and what players can expect once they infiltrate the factory and finally take off. The Season Pass 2 can be purchased for $34,99, though everything in Season 2 can be purchased separately, including each of the three missions (Damnation Valley, Alpine Blitz, and Dead Zeppelin) for $6,99 each.

This all comes after the horde of content released in Season 1, which included the three-part Hell Cult campaign.

We had a blast with Zombie Army 4 last year, calling it "one of the best L4D-style co-op shooters to come in a while" in our review. Zombie Army 3 Season 4 is currently in the works, but Rebellion has yet to release any additional details on when it will arrive or what it will include. Stay tuned.